A call for an impartial relook at seaworthiness 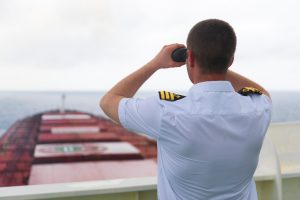 When vessel APL England lost 50 boxes off New South Wales in May 2020, the court reportedly slapped vessel unseaworthiness charges against the ship master. The proceedings struck a nerve with an industry observer and left him challenging the judiciary’s maritime knowledge.

The layers beneath basics
By definition, when a vessel is certified seaworthy, that means it is fit or safe for sea voyage. These certifications are issued by surveyors who perform the inspections. Taking this a step further, what if faults are found in the middle of the voyage? Who is to be held responsible for the damages (if any) incurred? That was the burning question.

This would take us back to all the maritime mishaps we could recall. Under almost all circumstances, the ship masters were held responsible. Take the Ever Given incident in Suez Canal for instance, arrows of allegations were exchanged on the causes of the vessel running aground. The infamous Wakashio grounding in Mauritius also left the captain facing the court music.

However, in APL England’s case, the commentary was more on if the responsibilities falling under seaworthiness remain relevant solely on the captain’s shoulders. It wrote, “It has been suggested that the promiscuous use of unseaworthiness allegations actually runs up against the age-old ability of a seafarer to work around a problem. In the past, if the radar broke down, it was only an aid for navigation, plus a navigator was trained to operate without this item of equipment. It was defined as good seamanship and covered a multitude of means for overcoming any deficiencies.”

The piece added that a master who knew a ship well and was concerned about the deck stow might exercise good seamanship to divert around bad weather. However (today), the ability of the master is questioned by the courts during a dispute, and discretion with weather routing services dismissed in blanket solidarity.

In other words, the author questioned if ability of the master to oversee, retain complete responsibility for every item of the ship, and its operation is realistic. Being caught between authorities enforcing regulations and management directives onshore is a position with prejudice. Adding insult to injury, there is another party unfamiliar with ship operations to further complicate things when it gets arbitrary. The author’s doubts are certainly warranted.