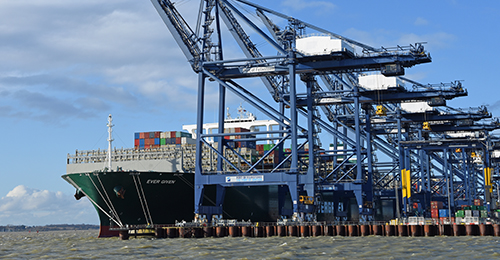 The wrestle between Suez Canal Authority (SCA) and Ever Given’s owner and insurers continues. The ruling of withholding Ever Given remains upheld despite two court hearings, and no response has been provided regarding the UK Club’s queries about the claims.

Sleek and stealth PR move
The court hearings get consistently adjourned, the owners and insurers of Ever Given reportedly set up a Limitation Fund capped at £84 million ($118 million). Granted recently by the High Court, Shoei Kisen Kaisha Ltd and the United Kingdom Mutual Steam Ship Assurance Association Ltd received the green light to establish the fund from which claimants can withdraw till it is exhausted.

A part of maritime law, Limitation Fund is governed by the International Convention on Limitation of Liability for Maritime Claims, 1976. It is a legislative amount to fix the constitutional limit of liability of shipowners for the negligence of their captains, officers or operators. In Ever Given’s case, the fund neither applies to salvage claims related to damage to the ship itself nor to general-average claims, which shares losses between the shipowner and its cargo customers.

While many think the most important thing now is the cargo onboard Ever Given, which might be carrying perishables, the damage amount can be astronomical. The Limitation Fund appears to be an arrangement to address the smaller scale claimants, which the defendants can only hope the amounts are reasonable.

Now, the big ones – eventually the list of claimants may dwindle and the funds exhausted. Anyone can guess the remaining plaintiffs in the claim. The question however, will the reduced claim amount even exist? Above all, what does it say about the remaining high profile creditors? There will certainly be dents in the reputation and credibility of the managing entities, even trigger an overhaul in insurance clauses.