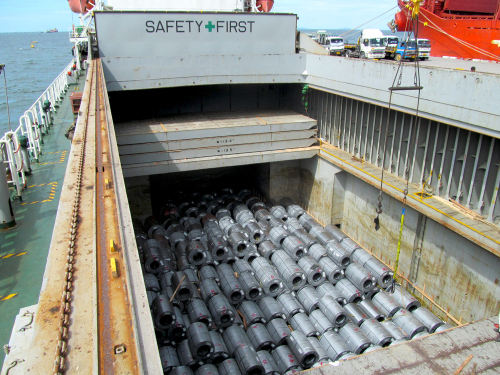 President Xi famously vowed to achieve carbon neutrality by 2060. His drive to reduce 65 per cent carbon dioxide (CO2) emission by 2030 had the construction sector spiral into chaos. Another developer is neck deep in debts for the same reason as Evergrande’s.

Shenzhen-based Fantasia Holdings too defaulted a US$315 million payment to lenders on 4 October 2021. This came shortly after Evergrande’s debt shocker. The latter’s case was attributed to China’s wounded steel supply with steep prices from its carbon emission pledge. Thus, it would be safe to assume Fantasia is battling similar issues.

Ironically, the world’s top miners on 5 September 2021 committed to a goal of net zero direct and indirect carbon emissions by 2050 (or sooner), according to the International Council on Mining and Metals (ICMM). Rohitesh Dhawan, ICMM’s CEO said in an open letter: “ICMM members’ collective commitment to net zero scope one (direct) and two (indirect) greenhouse gas emissions by 2050 is a pivotal moment in our history.” 28 chiefs of the world’s largest miners inked the agreement. This took place before November’s United Nation’s climate gathering, which aims to achieve more ambitious climate goals from the nearly 200 countries that signed the 2015 Paris Agreement to limit global warming.

Inevitably, major miners namely Anglo American PLC, Rio Tinto PLC, and BHP Group PLC are under pressure from environmental activists and shareholders. These miners too have committed to net zero emissions by 2050 (direct and indirect). ICMM however claimed this commitment represented a joint goal from enterprises comprising a third of the global mining and metals industry, adding its 28 members span across 650 sites over 50 countries.

To facilitate this change, Dhawan revealed there will be heightened use of renewable energy to replace diesel, and ICMM will be updated annually. He added their members, which include corporations like Barrick Gold and Alcoa (copper and aluminium producers respectively), have cut emissions by 6 per cent between 2016 and 2018.

While the technology to produce carbon-free steel remains unproven, Glencore PLC, the world’s largest seaborne thermal coal supplier had committed to a Scope 3 emissions goal by starving its coal mines of fresh capital. With all due respect, this commitment appears compellingly implausible, at least till carbon-free steel production is tested and proven.