Appeal to release Ever Given dismissed by the Egyptian court 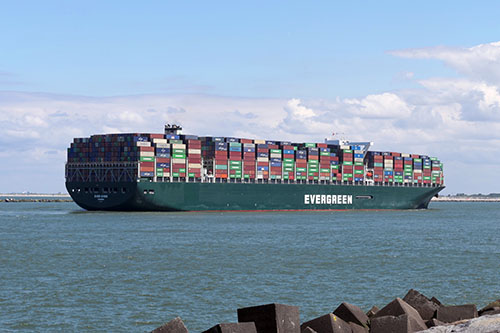 More than a month after Even Given’s grounding at Great Bitter Lake, the 400m long vessel remains stuck at the Suez Canal. The UK Club claimed the Suez Canal Authority (SCA) failed to provide a detailed justification for the huge claim, which included a US$300 million claim for a “salvage bonus” and a US$300 million claim for “loss of reputation”. Additionally, SCA’s claim excluded the professional salvor’s claim for their salvage services which owners and their hull underwriters expect to receive separately.

SCA’s released five crew members despite the ongoing legal wrestle. SCA chief Lt. Gen. Osama Rabie claimed the crew was not detained and free to leave or be replaced as long as the captain remains onboard. “The SCA is dealing with all the specific requirements of the negotiation with complete flexibility, in full respect for international norms in these sorts of situations,” Rabie remarked.

The club argued the contest was necessary. “The appeal against the arrest was made on several grounds, including the validity of the arrest obtained in respect of the cargo and the lack of supporting evidence,” it emphasised. The appeal hearing was set for 4 May 2021. Unfortunately, the verdict 4 May 2021’s hearing was Ever Given’s continual withholding. Another hearing is set on 22 May 2021.