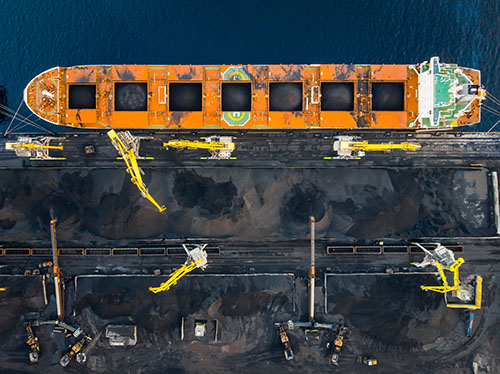 Bilateral conflicts between Australia and China are not new, and the latter’s construction crisis further thinned the ice Australia is on. What stemmed from China’s good intentions turned out to have Australia wind up holding its breath for iron ore exports.

Australia’s trade under continual threats
China’s President Xi shocked the world with his vow to achieve carbon neutrality by 2060. His drive to reduce 65 per cent carbon dioxide (CO2) emissions by 2030 had the construction sector spiral into chaos. This was one of what made the Chinese property woes extremely worrying, particularly for Australia.

Data from China’s state-run National Bureau of Statistics (NBS) revealed construction started plummeting by 33.1 per cent year-on-year in October. It added the decline did not show signs of slowing down. United States’s investment bank Goldman Sachs alerted in September that this decline implied the worse is yet to come. The bank projected the worst possible scenario of a 30 per cent descend in Chinese housing, which will result in a 12 per cent drop in the republic’s demand for iron ore. With China accounting for over three-quarters of all global iron ore imports in 2020, the impact on iron ore prices and volumes would be disastrous.

Australia was by far the country exporting the largest amount of iron ore worldwide in 2020. 56 per cent of global iron ore exports (worth US$78.4 billion) were from Australia. The country was able to handle that volume due to the fact that it had the world’s largest reserves. If China’s conflict remains unresolved, the continual drop in exports will significantly hit Australia’s treasury. Iron ore is reportedly not the only Australian commodity grappling with China’s issues; the trade conundrum has rippled its way into barley and wine.

Industry observers were convinced that the Australian economy had become supremely reliant on China and mineral exports to underpin the nation’s prosperity over the years. If Australia decides to wean off its dependence on China, the results will take years to be apparent. Will Australia roll this dice?