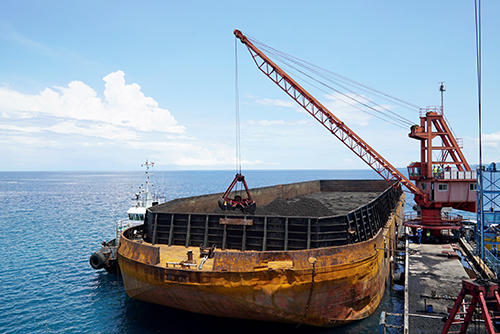 Plunging coal prices were not the only blows to the world’s top producer, the UN is imploring all the Organisation for Economic Co-operation and Development’s (OECD) nations to phase out coal from their power grids by 2030, and for non-OECD countries to do so by 2040. One of the member nations is Australia.

Global pressure on Australian coal
Efforts to address climate issues exerted further pressure on Australia. The country is already affected by plummeted iron ore prices. Unfortunately, world leaders are appealing to fellow governments to be ambitious with capping global warming at below 1.5°C. That essentially meant a call to anticipate a sharp drop in greenhouse gas emissions, stemmed from lowered coal consumption.

Research from Wood Mackenzie forecasted Australia’s coal exports would have hiked 10 per cent by 2030 should the average global temperature rise by 2°C. Taking it further, the firm said consumption will plummet 25 per cent by 2050. Principal coal analyst Viktor Tanevski highlighted, “In that scenario, the outlook for Australian coal will darken, but through this decade we would see Australian total coal exports fall about 10 per cent. Longer-term, we could see the trade halve by 2050.” The Reserve Bank of Australia is more pessimistic, and forecasted the fall could be up to 80 per cent in this scenario. Tanevski added the real challenge is to convert the Asian market to adopt alternative fuel sources instead of coal, as the latter is cost-effective.

As for UN’s call for all of OECD’s nations to phase out coal before 2030, it inevitably struck a nerve in Australia. Its federal government rejected the call, declaring it stands behind Australia’s A$50 billion coal export industry. Resources Minister Keith Pitt stressed, “The future of this crucial industry will be decided by the Australian government, not a foreign body that wants to shut it down, costing thousands of jobs and billions of export dollars for our economy!” Pitt just called on the Nationals to demand an A$250 billion publicly funded loan facility for the mining industry.