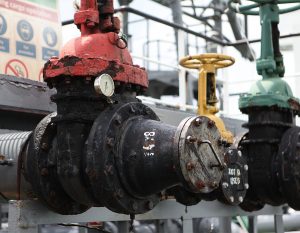 Repost: Marine and energy consultancy BLUE Insight on Thursday (7 April) said data collected has indicated that a significant number of bunker fuel deliveries made in the major marine fuel hubs of Rotterdam and Fujairah are being made below a financial breakeven point; indicating that fuel buyers are not receiving the volume of bunkers they are paying for.

The findings – which will prompt renewed calls for mass flow meters as a universal standard – indicate that short bunker supplies cost buyers, owners and charterers an estimated $100 million in Fujairah and $150 million in Rotterdam throughout 2021. These estimates are based on the delivery economics of very low sulphur fuel oil (VLSFO), but the research supports similar patterns of losses for high sulphur fuel oil (HSFO) and even greater losses for marine gas oil (MGO).

The financial data, obtained by BLUE Insight for both Rotterdam and Fujairah, is based on significant inputs from suppliers, buyers and surveyors active in those locations, supported by stress testing from BLUE Insight’s team, which has a collective in-depth knowledge and understanding of each of these markets.

‘Short delivery’ malpractices, where suppliers deliver less product than appears on the bunker receipt, has been an age-old tactic for many years within the bunkering sector. In 2017, Singapore, the world’s largest bunkering port, mandated the use of mass flow meters to ensure the accurate measurement of delivered fuel, a law that has been considered universally successful.  However, other ports have not followed suit, and short deliveries have remained a challenge for the industry.

“Our data suggests that the evidence is clear; buyers of fuel are disadvantaged and are not receiving the volume of bunkers they are being billed for,” commented Adrian Tolson, Director and Lead, BLUE Insight.

“This challenge cannot be entirely explained by supplier generated volumetric shortages, but we do believe that the introduction of properly certified mass flow meters in combination with a robust licensing process will do much to eliminate the issues.

“They removed short deliveries of bunkers from the supply picture and saved buyers in Singapore about $1.7 billion in fuel costs in less than four years,”

Tolson says that as carbon regulations tighten, initially through the IMO’s EEXI and CII, and as carbon taxes and levies are introduced, fuel delivery volume discrepancies are likely to have major compliance implications. Inaccurate and higher fuel delivery volumes will overstate emissions and lead to penalties and higher operating costs for owners and operators.

He concluded: “Having the right bunkering regulations in place is critical to managing fuel consumption and emissions.  As the market evolves, it is important that port authorities, governments, and customer measurement authorities help to create an environment where better control is exerted over the supply chain.”

“It starts with getting the right technology mandated and supporting this with standards, regulation and licensing. This includes the global introduction of mass flow meters in ports, or other appropriate metering technology for future fuels, and then making an attitudinal shift so that the approach is right for when fuels become more complex and expensive.”