Business as usual at Port of Rotterdam 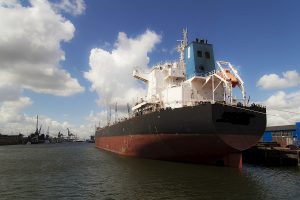 The Russia-Ukraine crisis catalysed several shipping suspensions for a wide variety of reasons. Some were specific about disallowed cargoes – items that can be used directly as weapons in Ukraine to inflict harm or to subjugate the Ukrainians. In Rotterdam’s eyes, it was the shippers’ judgement call.

Cargo is key
The reason behind Rotterdam’s undisrupted operations is the type of cargo. Essentially, crude oil and liquefied natural gas (LNG) are exempted from European Union’s (EU) sanctions. This was confirmed by Rotterdam port’s spokesperson. In this instance, trade between Russia and Europe are still operating (smoothly).

The complication comes when interpretation of the item gets too broad. Sjaak Poppe, the port’s spokesperson remarked, “There is some confusion among shipping companies and customs officials conducting extra examinations of containers that may contain goods covered by the sanctions.” Nevertheless, Poppe assured there were no significant delays in the port to date.

An official statement released by Port of Rotterdam wrote, “Of the roughly 470 million tonnes shipped through Rotterdam, 62 million are oriented towards Russia (13 per cent). Large amounts of energy are imported from Russia via the port of Rotterdam. Currently this comes to roughly 30 per cent of Russian crude oil, 25 of LNG, and 20 of oil products and coal. It is unclear what developments in Ukraine will mean for these flows in the near future. Imports sourced from elsewhere is though technically possible, we are dealing with large amounts. It is quite probable that this would lead to shortages and higher prices.”

The crucial component facilitating smooth operations at Port of Rotterdam is definitely the cargo. In the same press statement, the port added: “The Port Authority is also not in a position to do something like impose restrictions on businesses. This is the responsibility of the Dutch government. The Port Authority supports the policies of the Dutch and European authorities. International rule of law and the right to self-determination of countries are essential values and therefore not open to question.” Essentially, it is the shippers’ judgement call in solidarity on making sensible decisions about what can be shipped.