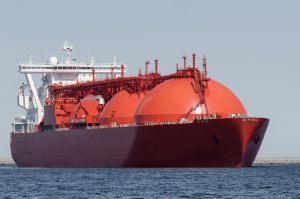 The European Commission’s (EC) faced objections for its latest proposed sanctions, albeit with valid reasons

EC’s latest set of sanctions about writing off Russian oil and refined products has heightened anxiety. Hungary and Slovakia were granted a year’s extension to make the weaning less painful, the Politico reported. However, is such even realistic or possible?

Russia’s pipeline gas exports to Europe are equivalent to about a third of global LNG trade as of 2021. If Europe were to replace all Russian pipeline gas with LNG, it would need to import about 275 bcm (based on Europe’s balance in 2021): this translates to over 53 per cent of the global LNG trade. Europe would also need to find alternative sources to replace Russian LNG.

Russian pipeline gas exports are in the same range as the current gas use in Europe’s power sector. If Europe wants to replace the equivalent of Russian gas imports with renewables, it would need to build an additional 370 gigawatts (GW) of wind to replace this gas (on top of 215 GW installed as of 2020). Europe has installed on average 14 GW of wind capacity per year between 2015 and 2020. Alternatively, Europe would need to add another 105 GW of nuclear capacity, close to the existing capacity installed in 2021 (115 GW).

Data from the International Energy Agency (IEA) revealed the European Union (EU) imported 2.2 million barrels per day (bpd) of crude oil and 1.2 million bpd of refined oil products before the Ukraine invasion. Russian oil makes up a fifth of oil refined in Europe. Some refineries producing fuel from gasoline to jet fuel such as Germany’s PCK Schwedt and Leuna, as well as refineries in the Czech Republic, Hungary, Slovakia and Poland obtain Russian crude oil via the Druzhba – or “Friendship” – pipeline.

Fair objections
Regardless of collective disapproval towards a country’s acts, economic survival has to precede. Giving credit where it is due, Hungarian Foreign Minister Peter Szijjarto pointed out that it would be unfair to subject Hungarians to recession by cutting off Russian oil. He noted the country will not vote for any sanctions that will make the transport of natural gas or oil from Russia to Hungary impossible. He stressed, “Hungary’s energy supply cannot be endangered because no one can expect us to allow the price of the war (in Ukraine) to be paid by Hungarians. It is physically impossible for Hungary and its economy to function without Russian oil.”

Although EC’s President Ursula von der Leyen highlighted the transition will be executed in an orderly manner, completion migration will be a long shot. The Politico added the EC signalled to EU countries that there would be some form of transitional measures for Hungary and Slovakia, given how much these two nations rely on Russian oil, and the difficulties they face in finding alternative supplies. Before Hungary and Slovakia start worrying about the alternative sources, the EC as a whole should consider if it can withstand the impact of a global economic catastrophe.