Cargo owners are leasing their own vessels 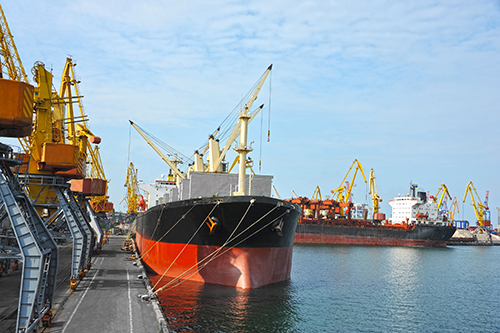 Chartering might be the next lucrative sector in the maritime industry

The port congestions plaguing major ports made news of Walmart’s and Home Depot’s taking matters to their own hands by having their own vessels not surprising. Recently, shipbuilders have also announced plans to enter the chartering market. Would that make chartering the next revenue generator?

An impending tip
With 8 mega shipowners in hot water over claims of their alleged malpractices, they would naturally “slow down” operations while filing their representations to the Federal Maritime Commission (FMC). The Baltic Dry Index also reflected improvements for smaller sized vessels – indicating cargo owners have no qualms about chartering them to sustain inventories’ circulation.

As the trend reflects increasing response towards smaller vessels, there are possible shifts to be mindful of. The cargo owners are either toying with the idea of owning their own vessels, or exploring opportunities in the chartering sector through a venture. All these share a common denominator – addressing the “equipment shortage” claimed by big carriers. Shippers’ owned containers’ (SOC) entry into the market also amplified the severity of the issue. Ikea confirmed it had started shipping goods using chartered vessels. The company also reported that it is purchasing containers to ensure the availability of boxes to move merchandise to its stores.

The furniture retail company explained it had shipments delayed by the ongoing port congestions as well as incidents such as the Ever Given, which took months for Ikea to complete its shipments. Ikea said that shortage of raw materials along with the problems across the global supply chain were leading to stock shortfalls in stores.

More to join the club
Cargo owners are gradually taking on their own chartering operations – seemingly to avoid the surcharges and possible delays by their usual carriers. If that means anything to top carriers, it is being wounded by their own greed fuelled surcharges and nosedived service standards. MCS Industries may be on the centrestage in its tussle with shipowners. However, an increasing number of cargo owners deciding to have their own equipment and vehicles to sustain even worldwide inventories is a big sign that heavy weights might just lose their weights.