Cargo unloaded after a nine-month wait 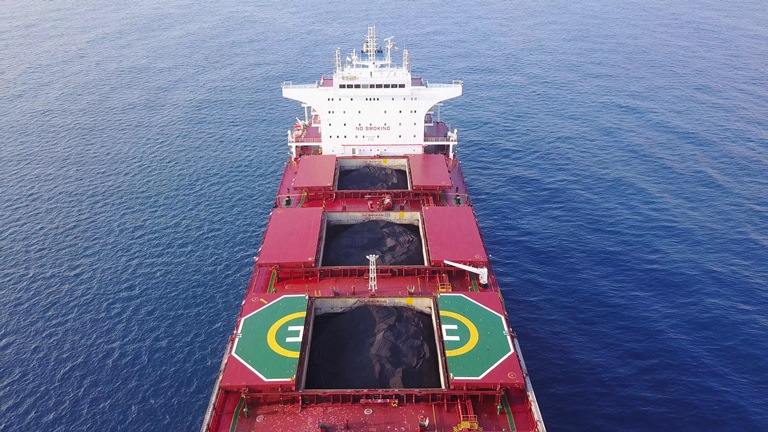 According to Bloomberg, Topas berthed outside the northeast port of Jingtang last June. However, it only managed to discharge her 90,000 mt cargo early March. The 269-day wait period included a diversion the vessel made to South Korea, likely to relieve crew. Eight other vessels that waited upwards of 200 days have unloaded at Chinese ports since 10 February 2021.

Goodwill provisions not to be assumed as lifting of ban
According to a source, the series of unloading in China ports in February was not to be deemed as an indication of the republic’s intention to lift the ban on Australian coal. China’s general administration of customs remained unresponsive to a faxed inquiry and it is unclear if the cargoes are being cleared by authorities or withheld in storage. 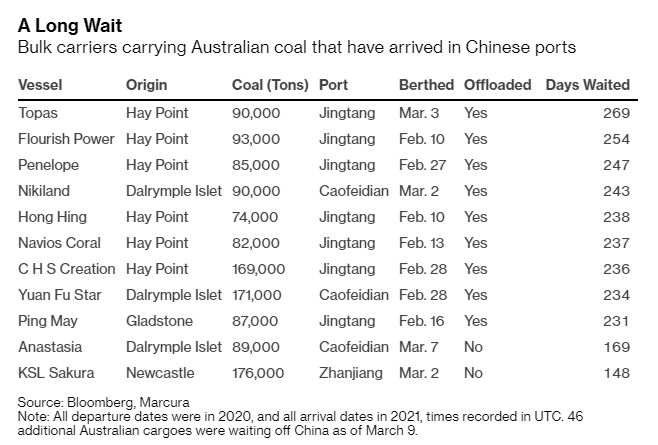 Last January, steel magnate Naveen Jindal tweeted there was a humanitarian crisis due to 39 stranded Indian seafarers and that he was “ready to buy the coal on these ships if it can help bring the sailors back home.” Shipping data compiled by Bloomberg revealed at least 10 vessels carrying Australian coal that dropped anchor in China between June and October were diverted this year and discharged at Indian ports.

It is no secret that China has ordered a purchasing halt of several Australian commodities; the ruling was reportedly relayed verbally to traders. An insider added coal would not be included in the list of paused imports, although some other media claimed otherwise. As at 10 March 2021, two more vessels have berthed at Chinese ports this month, although they have yet to discharge, according to the shipping data. Forty-six ships loaded with Australian coal remain waiting outside Chinese ports.