China back in the net zero hot seat 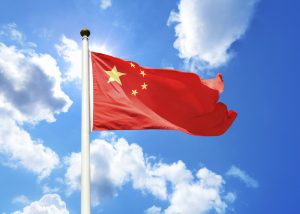 Last year, President Xi famously vowed to achieve carbon neutrality by 2060. His drive to reduce 65 per cent carbon dioxide (CO2) emissions by 2030 had the construction sector spiral into chaos due to a disruption in coal production. Not only did its building conglomerate (Evergrande) sank into deep debts, power outages occurred sporadically across the country forcing halts in manufacturing plants.

Back to the coal question
Coal is the most polluting fossil fuel, and the biggest greenhouse gas (GHG) contributor to the climate crisis. Despite that, it happens to be China’s choice of material to generate power. Contradicting President Xi’s earlier pledge, the government announced that coal supply will be increased, and coal-fired power plants will be supported in running at full capacity generating more electricity to meet production and residential needs.

According to the republic’s state-run news agency Xinhua, the decision was made at the State Council’s Executive Meeting chaired by Premier Li Keqiang on 14 February 2022. The big move came shortly after President Xi’s directions to policymakers to ensure that GHG emission reductions do not hurt economic growth and energy security.

With two-thirds of China’s economy fuelled by coal, and it generates an estimated 29 per cent of the world’s GHG emissions, doubles the US share and three times that of the European Union. The Chinese government’s measures to curb emissions are considered crucial in capping global temperature rises at 1.5°C as agreed in the landmark Paris climate accord.

Underscoring the severity of China’s conundrum, BP’s latest Statistical Review of World Energy revealed that Asia Pacific accounted for 52 per cent of global carbon dioxide (CO2) emissions in 2020. It identified China as accounting for 59 per cent of the emissions. Li Shuo, a campaigner for Greenpeace China alerted, “We are pivoting back to the model of supporting the economy at all costs. China is losing time for crucial climate action.”