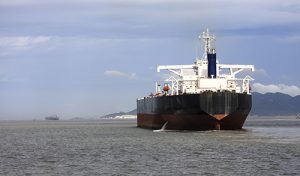 While it remains neutral on the conflict, China has gradually weaned off Russian oil

Staying out of the conflict
China’s foreign ministry said that the republic is not inclined to be impacted by Western sanctions. Foreign Minister Wang Yi said that China is not a party to the crisis, still less wants to be affected by the sanctions. He added the country has never supported solving problems through sanctions, let alone unilateral ones that have no basis in international law.

A representative from Sinopec explained, “State-owned enterprises (SOE) are cautious as their actions could be seen as representing the Chinese government and none of them wants to be singled out as a buyer of Russian oil.” China is the world’s largest oil importer, and the top buyer of Russian crude at 1.6 million barrels per day, half of which is supplied via pipelines under government-to-government contracts. Industry observers expect China’s state firms to honour its long-term and existing contracts for Russian oil but steer clear of new spot deals.

The Western sanctions have made dealing with Russian oil extremely unappealing – beginning with insurance and payments. Moreover, plants were directed by Unipec to source for replacement. Unipec is the trading arm of Sinopec and a leading Russian oil buyer. It has warned global teams on the risks of dealing with Russian oil. A source revealed, “Beyond shipments that have arrived in March and due to arrive in April, there will be no more Russian oil going forward.”

Other sources disclosed state buyers such as PetroChina, CNOOC and Sinochem have shunned Russia’s Eastern Siberia Pacific Ocean (ESPO) blend for May loading. Sinopec is also facing payment problems even for deals agreed earlier as risk-averse state banks look to scale down financing Russian oil-related deals. While it is clear China is trying to not take sides, it will look otherwise to radicals.

Share
Previous Change Your Boardroom With Turn Top Boardroom Tables and LED Online video Walls
Next In the name of Environment, Social and Governance