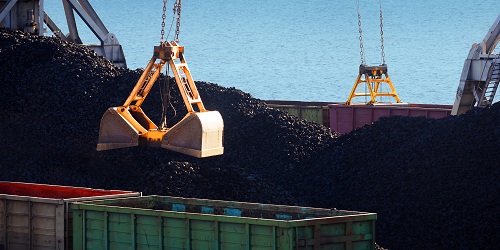 Over 50 vessels carrying Australian coal have reportedly been stranded off China after ports were directed to disallow offloading. This crisis stemmed from a trade tension between Australia and China over Huawei Technologies’ barring to build Australia’s 5G network in 2018.

China’s National Development and Reform Commission appeared to officialise the injunction by granting power plants approval to import coal without restrictions, except from Australia. Nevertheless, the humanitarian concern for stranded seafarers prompted China’s goodwill provisions by allowing some vessels’ unloading.

Relieving stranded seafarers
A source familiar with the situation revealed this compassionate move is not an indication of China’s intention to alleviate the ban on Australian coal. However, some ships will be given the permit to unload and carry out crew change. Such is especially beneficial for seafarers stranded onboard for prolonged periods.

Notwithstanding, this initiative was neither confirmed by China’s Foreign Ministry nor the country’s customs administration. The Ministry’s spokesperson, Wang Wenbin, in fact revealed that he was unaware of this step. Data compiled by Bloomberg revealed some 61 bulk carriers are waiting to discharge Australian coal outside Chinese ports. These vessels and seafarers remain trapped between authorities that block shipment unloading and buyers’ deterring vessel departures.

Alternative moves by shipowners and charterers
To address the crew change crises, some shipowners and charters commenced negotiations with cargo owners for diversion to foreign ports to relieve drained crew. Cargill Inc. and Great Eastern Shipping, the lead charterer and owner of the Jag Anand vessel, jointly covered the cost of diverting the ship to Japan for a crew switch after the carrier waited for months to discharge in China.

Cargill noted in a statement that diverting a vessel to relieve seafarers involves costs and would amount to millions of dollars per ship. Oldendorff Carriers also bore both the operational and crew change costs from diverting two vessels to other countries. These vessels have since returned to China and resumed their wait to unload the cargo.