China gets more flak over COVID-19 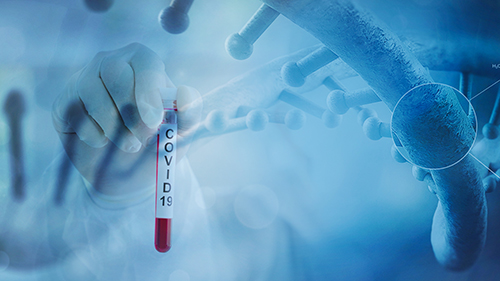 No doubt COVID-19 was first detected in China, its infection cases have stabilised. Other countries are suffering the residual consequences, the United States is still pinning on China the bill of US$10 trillion worth of damages.

Is it a reasonable demand?
COVID-19 was first reported in Wuhan in December 2019 by Chinese health officials. Since 2020, former US President, Donald Trump alleged that the virus may have leaked from the Wuhan Institute of Virology in central China. The theory suggesting COVID-19’s leak from the secure laboratory jeopardised its credibility. Classed as biosafety level 4 or BSL4, these laboratories are built to operate safely and securely with the most dangerous bacteria and viruses that can cause serious diseases for which there are no known treatment or vaccines.

While the evidence linking COVID-19 to the Wuhan Institute of Virology in China is strictly circumstantial, a number of experts want tougher controls on such facilities over fears that accidental leaks could start another pandemic. With strong stance from scientists demanding safety measures, it is hard to not question the theory’s authenticity. Johns Hopkins University’s tracker numbers revealed total infection cases globally are at 177,136,569 and 3,835,123 people have died from it.

The former president suggested in a conversation with Fox News that China should be held responsible for the worldwide devastation, including the world’s maritime issues (crew change crisis, vaccine shortages and the ridiculous shipping loadings). Arguing that both nations (China and United States) are the fastest recovering countries, Trump asserted China should bear some liability. Attributing to several countries badly hit by the pandemic, Trump hoped the leak was an accident through incompetence.

However, when the pandemic overwhelmed the United States, the former leader was known for his dismissive attitude towards the virus. That is akin to claiming a victim was responsible for his own demise for failing to seek treatment at a hospital in time, after being gunned by an unseen assailant.

Liquefied natural gas (LNG) vessels are next for Korean shipbuilders

Coal imports to China continue despite outbreaks in Mongolia