China is going down the carbon compliant route 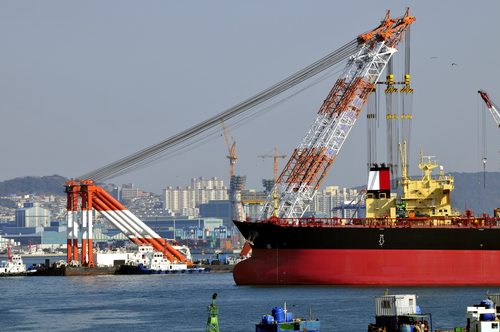 China is making the right moves to facilitate its trade

Industry officials said China’s newbuildings sector will experience high-growth in 2021, propelled by the strong global trade demand. They added many will proceed to adopt smart and green vessels.

Newbuildings and their engines

To meet International Maritime Organisation’s mandate of reducing carbon intensity by 40 per cent by 2030, China’s newbuildings sector has been adopting new technologies to achieve green transformation. Alternative fuels are dominating the spotlight for technological innovation – with attention heavily on engines powered by ammonia, liquefied natural gas (LNG) and methanol, as well as hydrogen.

Information released by Beijing’s Chinese Association of the National Shipbuilding Industry (CANSI) showed shipyards completed orders of 23.18 million DWT for both domestic and foreign shipowners in the first half, accounting for 47.4 percent of the world’s total.

Li Yanqing, CANSI’s Secretary-General, noted the growth of maritime trade exceeding the fleet growth reflected in the Baltic Dry Bulk Index (BDI) by 3,500 points will end the past 10 years’ downturn in the shipping market. He added, “There will be many orders in the second half, and global annual new ship transaction volume will definitely exceed 90 million DWT. Therefore, we have reason to believe that a new shipbuilding cycle has begun.”

Zheng Wei, Vice President of Dalian Shipbuilding Industry Co Ltd, affirmed: “There has been blowout growth in container ship orders in the first half. Our orders for vessels, especially those 16,000 and 17,000 TEU, doubled compared to 2020. We have reached the number of orders seen for the whole of 2020. They were placed while many major shipping companies announced new orders in the past few months, even as freight costs reached historic highs.” Dalian Shipbuilding Industry is a subsidiary of state-owned China State Shipbuilding Corporation (CSSC).

Dong Liwan, Professor of Shipbuilding from Shanghai Maritime University highlighted several shipyards have accelerated their development pace of intelligent manufacturing and high-end ships. He added, “From a long-term perspective, self-driving and smart vessels are future directions. Domestic shipbuilders need to grasp the opportunities to catch up with global rivals in the field. This year, China and Korea are aggressively accepting orders for newbuildings – some have met their quota. For Korea, it is to revive their ailing maritime sector. In China’s case, it is migration to green engines.