China is next to battle port congestion 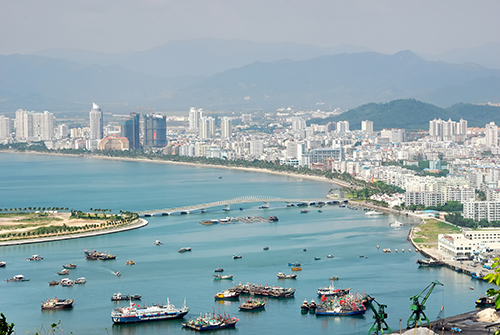 COVID-19’s effects have rippled its way to China ports

The pandemic’s knee-jerk reactions now include getting in line to get out. One of the world’s busiest ports just imposed a reservation procedure for cargoes to exit. With both European and American ports suffering extreme congestion, is China joining the spectacle?

Lethal combination of Suez Canal and COVID-19
Major ports are suffering congestion as cargoes jostle to meet delivery deadlines from the Egypt disaster. The pandemic also caused Yantian Port in China to implement stricter outbreak control measures after detecting infections among port staff. It sanctioned all cargoes to make reservations to leave the port; in the name of enhancing its testing programme for imports. That is a direct message to the industry to expect more delays from congestion.

Yantian Port announced a temporarily pause in receiving cargoes for export till 30 May 2021 through WeChat. China’s media confirmed Yantian Port closed partially after detecting infections among port staff. Yantian Port’s reputation as one of the world’s busiest is backed by Shenzhen Transportation Bureau’s figures. It revealed Yantian has a cargo throughput of 13.34 million TEU in 2020. The city’s government website showed the port handles a weekly average of 100 vessels.

Naturally, the first to suffer the effects would be shipping heavyweights. AP Moller-Maersk A/S reported shipping delays from Yantian’s closure. This is enough to exert additional pressure to inflated (shipping) costs of China’s exports. From a macro perspective, the chaos in Europe and United States is likely to happen in China as well. Yan Tian Port Holding Company’s shares plummeted by 1.8 per cent from the closure. Yantian district will also be conducting a mass testing for the population.

With Yantian temporarily down, shipowners and operators would need to divert to other ports, essentially replaying what happened at the Suez Canal during the blockage. Marine Online has an extensive network of collaborating ports in China within ships’ and operators’ reach when the need arises.