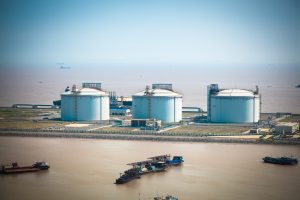 It was initially coal; the republic has now advanced to liquefied natural gas (LNG)

Iron ore was a formidable weapon for China to gradually gain reliance from the market based on purchase alone. It was far-fetched a group kept a close watch on the country’s hoarding; given China’s iron ore suppliers are amongst the top 10 in world ranking.

Its move to LNG
Half a year back, China was speculated to be attempting world domination for iron ore with aggressive buying despite blocking Australia.  Industry experts earlier predicted a trade surge between Indonesia and China; backed by a three-year coal contract worth US$1.5 billion. This was expected to enhance bilateral trade by between 5 and 10 million tonnes annually till 2023.

However, things have changed after the COP26 Summit. The industry is swiftly and steadily moving towards LNG and ammonia-fuelled vessels. Subsequently, the world saw China and Korea in a tight race building LNG- and ammonia- compatible vessels. Korea led but was wounded by its recent blow on the merger of its 2 mega builders, Daewoo Shipbuilding & Marine Engineering (DSME) and Hyundai Heavy Industries Holdings (HHIH) by the European Union. The rationale was to prevent industry monopoly from fears of creating a newbuilding powerhouse which may threaten business integrity.

The spotlight returns to China with Sinopec Group, world’s largest oil refining, gas and petrochemical conglomerate’s issue of a tender to sell 45 cargoes of LNG for delivery this year. Traders reportedly were invited to bid. Under the tender, Sinopec offered 2 – 5 five cargoes each month between February and October on a delivered ex-ship basis. Under an ex-ship contract, the seller has to deliver the goods to the buyer at the port of destination.

In such contracts, the goods are at the seller’s risk during the voyage. It is probable that China has adopted a two-pronged strategy to gain market reliance – through iron ore and LNG. According to Paris’ International Energy Agency (IEA), an international organisation that currently promotes renewable energy sources, China is the world’s sixth-largest natural gas producer. Moving forward, whom would be the likely buyers?