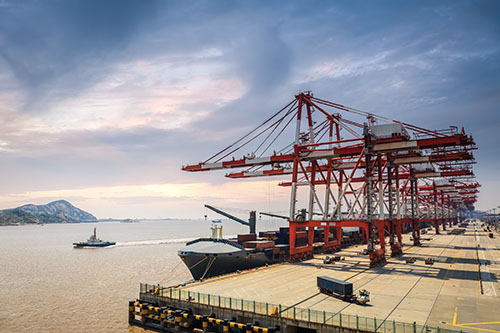 A shipper was reportedly quoted $32,000 for shipping a 40ft container from Shanghai to Los Angeles. Close to a 100 per cent hike from the previous average of $18,000, Chinese manufacturers are now dealing with export troubles.

China’s exports threatened
The intense box shortage had big carriers imposing $2,000 peak season surcharges for every 40ft box ferrying from East Asia to the United States and Canada. This loading is reportedly higher than the full rate for a box shipped on transpacific routes in 2019. Industry observer, Steve Saxon, from McKinsey & Co. in China commented: “The problem is there are not enough boxes to meet the demand on the most sought-after routes, particularly from Asia to the U.S. With Europe’s re-openings gathering pace, the strains may get magnified. Europe is by no means immune to the capacity problems.”

“American importers are panicking. People are worried about whether they can meet the shipping capacity in August and September, so they are trying to lay their hands on whatever capacity they can get now,” he added. That suggests demand will stay high, but supplying is still a question.

Some cargoes still unshipped
Although these rates include a premium fee to guarantee equipment and space, some shippers complained that their cargo has not moved. Some carriers were claimed have gone as far as to not ship the goods despite collecting enormous amounts of fees.

A shipper lamented, “We paid their ridiculous charges and thought that was the end of it. We instead found out from our local agent that the boxes were still on the quay and the liner wanted more to ship the cargo. Apparently, there was another FAK hike from the next vessel which they insisted on charging, which means their so-called premium fees are worth nothing!”

Craig Grossgart, SVP of global ocean at Seko Logistics confirmed the authenticity of the $32,000 quote for a 40ft box. If this shipment involves 300 containers, it would be a whopping $7.5 million as calculated by another industry expert! However, Grossgart felt it was a polite way of declining the business.

Share
Previous Smaller vessels showing signs of growth
Next Can inflation be tamed?