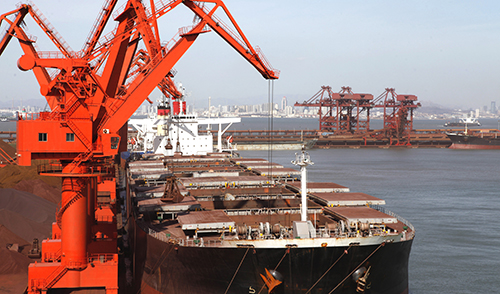 The industry may be seeing extremes of China’s vow to cut steel output, which badly impacted real estate developer Evergrande. Its ripple into the iron ore sector is equally worrying.

The fallout has been wide-ranging. After the iron ore boom delivered record dividends to the world’s top miners, BHP Group’s and Rio Tinto Group’s values have sunk as prices declined. To date, iron ore averaged about $178/t in 2021, according to Mysteel Global figures. UBS now expects the full-year average to decline to $163/t and forecasts just $89/t in 2022, while Liberum Capital Ltd is forecasting $93/t.

A large steelmaker remarked producers remain cautious about production despite the government stimulus, due to the strict curbs. He added metallurgical coal’s surging prices have also made it harder for steelmakers to hedge. UBS’ findings showed miners are rushing to export iron ore to meet full-year targets. Vale SA’s shipments jumped 12 per cent week-on-week, and Brazil cargoes should continue rising into the year-end. Additionally, 41 days’ worth of inventories at ports further slashed prices.

If anyone is mulling over the fate of Evergrande, its onshore property unit revealed the company reached an agreement with bondholders on an interest payment, offering some relief after fears over Evergrande’s financial stability. China’s central bank also pumped $18.6 billion into the financial system during the developer’s crisis. Meanwhile, the contract in Singapore jumped to as much as $107/t.