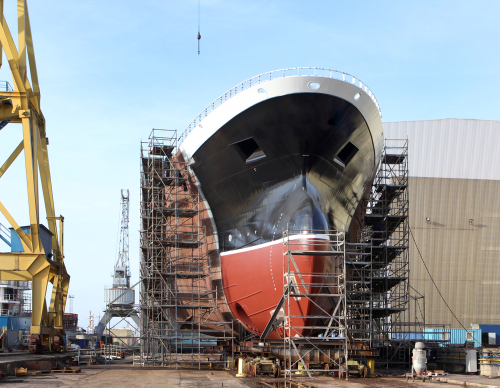 Korea got dethroned by China for shipbuilding orders in September 2021

In terms of newbuilding orders for September, Clarkson’s data revealed China made up 60 per cent, South Korea took 28 and Japan with 8. The Korean shipbuilders’ market share was 42 per cent for 8 straight months, till China broke the chain. Industry experts attributed Korea’s decline to large prior orders amounting to US$170 million. China’s orders on the other hand was at US$60 million.

China’s comeback was also substantiated by the newbuilding price index, which tracked vessel prices at yards from brokers’ inputs. China scored 149 points in September; its highest since July 2009. The price of liquefied natural gas (LNG) ships exceeded US$200 million for the first time since June 2016. In 2021, a total of 46 LNG ships with capacities of at least 140,000 mᶟ each were ordered, and all but one went to a Korean shipyard.

The rush to reduce carbon emissions fuelled the popularity of green ships. Clarksons noted new orders totalled to 37.54 million CGT for 3 quarters this year, up 184 per cent in 2020. “The ratio of new green ship orders increased from 21.3 per cent to 32 per cent within one year. This ratio is estimated to reach 59 per cent in 2030 and 100 per cent in 2050,” it forecasted. The firm concluded the average annual order placement from 2023 to 2031 is estimated at 42 million CGT, almost twice the amount recorded in 2020. Clarksons also expected the current market boom to persist for a while.