China’s shipbuilding standing to continue in 2022 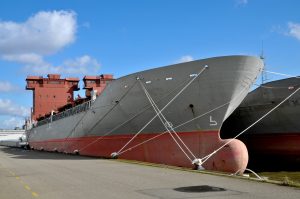 It would be a tall order to attempt overtaking the shipbuilding mogul. Data released by United Kingdom-based analyst, Clarksons in December 2021 revealed the global order volume of new ships in 2021 was 45.73 million compensated gross tonnes (CGT). Within was China accounting for 22.8 million CGT, trailing behind was Korea at 17.35.

The association added that Chinese shipbuilding companies account for half the world’s total in terms of shipbuilding completions, new orders in hand and received, hence positioning the republic to continue remaining the world’s largest. Particularly, the largest shipbuilder (which is also state-owned), China State Shipbuilding Corporation, is expected to outperform Korea’s Hyundai Heavy Industries. It completed and delivered 206 ships, accounting for 20.2 per cent of the global market share. The contract value of orders was RMB130.15 billion, a new record since 2008.

Li Yanqing, Secretary General of China Shipbuilding Industry Association commented,” This first was hard-won. Our new orders have accounted for nearly 50 per cent of the revised gross tonnage, and achieved a good start in the “14th Five-Year Plan”. In retrospect, it is glaring that the republic is highly protective of its shipbuilding sector. While the mega shipbuilders actively took orders despite brutal steel prices, the country’s construction sector was martyred. Its plans to be self-sufficient in iron ore is also a big contributing factor towards the country’s ambition to reduce reliance on external suppliers. Ultimately, the most powerful edge China has is state support.