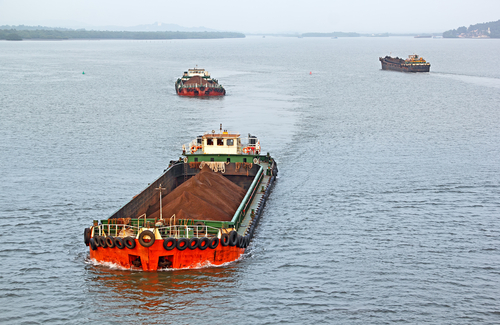 China’s reliance on Australia’s iron ore appeared to have taken a turn for the worse. The latter’s position as the top producer and exporter for China is back to shaky.

China’s record import rates
China reportedly imported 97.49 million mt of iron ore in August 2021, 10.1 per cent higher than in July. However this quantity is a 3 per cent reduction compared to August 2020. In totality, China’s iron ore import quantity since January this year exceeded 80 per cent. The republic’s imports for the first eight months of 2021 were worth US$ 133.06 billion ($179.25 billion), compared with US$ 72.88 billion in same period a year earlier.

Despite the high quantities, analysts are not optimistic about Australia’s continual export growth due to China’s policy on curbing steel output to lower carbon emissions. As it is, there were analysts anticipating China’s cornering itself, and having no choice but to live up to their words in one way or another.

Its real estate under scrutiny
The republic’s real estate sector is in the spotlight, as far as the Australian miners are concerned. Even Swiss’ UBS reduced its growth forecasts for new starts in 2021 to a 9 per cent contraction compared with 2020, including a 20 per cent drop in H2 21. This projected reduction is largely attributed to China’s construction sector, which accounts for a large amount of the country’s iron ore demand.

Evergrande, one of China’s largest residential property developers, have allegedly paused some construction projects. It also warned of payment defaults for loans. There were fears of the company’s debts reflecting a wider issue with China’s overheated property market, which the government has been struggling to cool.

On the other hand, China is also known to be working towards weaning itself off Australia’s iron ore supply, turning to Africa with hopes it can be the successor. However, it is a process which will take years as Africa needs an infrastructure constructed from scratch. Meanwhile, the world would be closely observing how Australia would leverage this time to repair or restore its relationship with China – to keep its iron ore export alive.