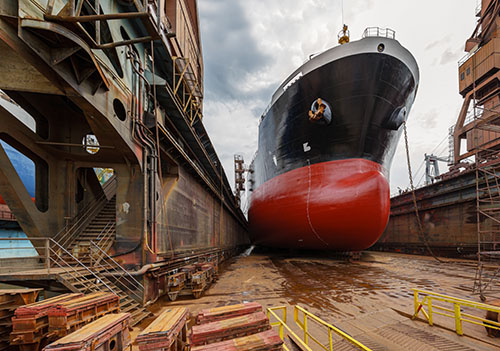 Despite production increase, related industries should not be happy just yet

China steel output’s marginal increase though boded well for its construction and shipbuilding sector, the cashing in moment remains unclear.

Platts added steel mills in Jiangsu, Guangdong, and Guangxi, gradually resumed production since early October 2021. Mills in Jiangsu ramped up crude steel production by at least 25,000 t/day as of 13 October 2021. Some mills in Guangdong and Guangxi provinces are following suit. These mills where most are electric arc furnace steelmakers, suffered a 40,000 t/day’s capacity suspension in H2 September.

Platts reported H2 September’s power rationing mostly affected long steel mills, while flat steel producers faced only about 20 per cent of total output loss in the impacted regions. Downstream, it was flat steel that had the biggest impact as power curbs significantly affected the manufacturing sector, a major flat steel consumer. Domestic rebar prices rose 13 per cent to RMB 5,915/t (US$916/t) as at 30 September 2021, while hot rolled coil prices rose 2 per cent over the same period to RMB 5,770/t (US$897/t).

However, sources revealed most steelmakers were not expected to restore production to full capacity to ensure 2021’s crude steel output remains near 2020 levels. China had been asking steel mills to curtail production since July to keep their 2021 annual output below 2020 levels. The move is aligned with China’s overall carbon emissions reduction goals. One mill in East China planned to trim production by around 100,000 tonnes over October-November in order to keep 2021’s production on par with 2020. This will partly offset the production rebound in Jiangsu. That is a strong deterrent for any price deviation.

Share
Previous How a $1,000/MT Spread has Opened Up in Global LNG Bunker Prices
Next Analysts maintained grim outlook on China’s coal crunch