Coal imports to China continue despite outbreaks in Mongolia 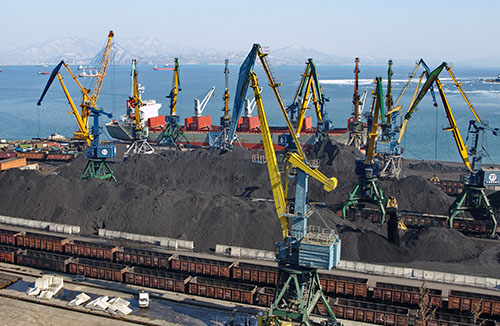 China is actively importing coal from Mongolia to tide through its power crunch, despite reported COVID-19 outbreaks in the latter landlocked nation. China meanwhile recorded 30 new infections on 20 October 2021.

Bright side of (biting) the bullet
China’s National Health Commission (NHC) revealed through a statement that 20 October’s reported cases were lower compared to the day before. Within the latest 30, 17 cases were locally transmitted. These new infections were reported in Inner Mongolia, Gansu, Beijing, Guizhou, Yunnan, Shaanxi, and Ningxia.

It was not an easy decision for China should one questioned which was more important – public health or economy collapse. China’s power crunch did not improve in spite of rationing measures, and was reduced to imports from other sources, including Mongolia. Surprisingly, this move enhanced bilateral trade between both nations, given many countries avoided trading with high risk countries for safety precautions.

Mongolia’s Ambassador to China, His Excellency (H.E.) Tuvshin Badral told the media that efforts from both countries through close communications are expected to alleviate border pressures and propel trade volumes to new highs. He added the latest outbreak in Inner Mongolia Autonomous Region greatly impacted bilateral trade and transportation of goods.

Both nations are now exploring options to ramp up coal transportation. An in principle agreement had also been reached to adopt land courier through developing new facilities. Additionally, they would be strategically positioned near production sites for costs and time savings. These new transport initiatives are expected to bring Mongolia an increase of between 10 – 20 million tonnes for coal exports, which translates to a 50 per cent hike from the current 32 million tonnes annually.

H.E. Badral expected the trade flow to reach US$10 billion in 2022. He added Mongolia’s iron ore exports are also expected to increase in the future. On the vast potential for new areas of trade between China and Mongolia, the ambassador expressed Mongolia is also ready to increase the export of food products, such as dairy and meats, as well as wool and cashmere. It would be part of Mongolia’s commitment of diversifying its exports to China and beyond.