Coal prices on verge of tipping 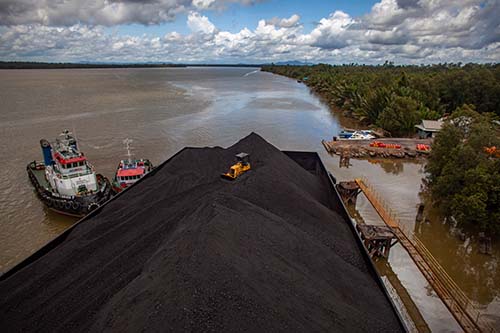 Ever since China resumed its mine operations, inventories have soared and affected prices

The National Development and Reform Commission (NDRC) revealed that coal inventories have doubled at thermal plants in Northeast China where the need for winter heating is more pressing.

Prices started dipping
As China’s top economic planner, the NDRC disclosed most traded coal futures dropped to below RMB 1,000 (US$156.30) per tonne. It added that coal inventories at major coal-fired plants have topped 100 million tonnes. On the flip side, prices are expected to dip further. Notably, production costs are now significantly lower than the current. Zhengzhou Commodity Exchange (ZCE) reported the coal contracts declined to RMB 917.60 (US$143.44) per tonne as at 1 November 2021. Spot coal prices are now expected to slip further.

NDRC’s report of inventories exceeding 100 million tonnes was attributed to China prioritising coal production and transportation. It is now said to be 25 million tonnes more than what was recorded at the end of September, when country suffered acute shortage. China’s average daily output increased by over 1.2 million tonnes to a record over 11.6 million tonnes on 18 October 2021. As a result, Chinese power plants now have sufficient supply for 16 days from less than 2 days’ at the start of October. Data from Trading Economics showed coal prices declined 29 per cent over the past month, though they are up 166 per cent year-on-year. It began to lose steam in after the government said there were further scopes to lower the energy commodity prices.

Chinese media, Global Times reported the Port of Qinhuangdao saw coal inventories steadily increasing since mid-October, reaching 4.72 million tonnes as at 29 October 2021. It was expected to exceed 5 million tonnes by week ending 3 November 2021. The port is a vital transit point for coal mined in Northern China to be sent to thermal power plants in Southern China.