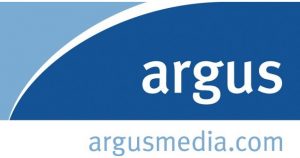 Repost: Shipowners that have suffered losses from taking contaminated high-sulphur fuel oil (HSFO) in Singapore are uncertain how they will be compensated, as a market tightness sees delivered premiums for the marine fuel spike.

Singapore’s Maritime and Port Authority (MPA) on 13 April named trading firm Glencore as the initial supplier of the contaminated HSFO in Singapore, the world’s largest bunkering hub. The contaminated fuel was then supplied to Chinese bunker supplier PetroChina, which in turn supplied about 200 vessels in Singapore, with about 80 suffering fuel pump and engine damage because of the presence of chlorinated compounds.

Market participants said that shipowners will possibly see debunkering and replacement of cargo costs met by the supplier of the contaminated fuel, but not the demurrage or potential mechanical repair costs incurred by the vessel.

Oslo-based marine insurance provider Skuld said on 1 April that it had seen an “increased number of protection and indemnity and hull claims related to high-sulphur fuel oil at Singapore and which were found to be contaminated with chlorinated compounds.” But when contacted by Argus regarding a potential spread of the contamination beyond Singapore, it declined to offer further comment beyond that already published on its website.

Market participants are varied in their views of how long the situation will take to be resolved, with some saying it will possibly last until the end of May. Others said it could take many months to be finalised. There is no blanket fix, with any compensation to parties involved having to be handled on a case-by-case basis, they added.

Most shipowners are already paying a premium for Gas Chromatography Mass Spectrometry (GCMS) pre-testing, an advanced and more expensive fuel quality test compared with conventional ISO 8217 tests. The results of these tests are usually available in a day. But this has increased to 2-3 days as a result of increased demand following the contamination crisis, further increasing demurrage costs.

Glencore placed daily bids for HSFO cargoes in online trading in the first two weeks of April, although it could not be confirmed if this was related to the contamination.

“Contaminated fuel oil retains some of its value, and it might get sold in the market at the cargo price minus $100-150/t or so”, said a local buyer whose vessels had also been affected.

Singapore 180cst HSFO margins against Dubai crude values entered positive territory for the first time since November 2020 at $0.83/bl on 1 April, which was around when the contamination was discovered, on expectations of a tightening of supplies. They then widened to a record $4.38/bl on 12 April, the highest since Argus started assessments in July 2006. They fell to -$0.57/bl on 25 April, probably because of rare regional exports. But this is still higher than average -$6.06/bl margins in the second half of 2021.

The delivered premium, or the additional price of delivered bunker fuel over the cargo price, has averaged $65/t so far this month compared with a more typical $10-15/t. HSFO delivered premiums last reached such levels in September 2019-January 2020 when the marine fuel market was anticipating and navigating the International Maritime Organisation’s 2020 global sulphur cap.

Bunker fuels have always been an important component for freight, as it affect shipowners’ earnings and at times comprises a sizable portion of the freight cost. The higher fuel costs and uncertainty surrounding the contamination issue have led to shipowners increasing their offer levels, freight participants said. The long downtime taken by vessels as they repair or replace their failed fuel pumps and engines will have reduced the amount of available tonnages, adding further pressure to already tight supply woes in Asia-Pacific.

More stringent regulations by Singapore’s MPA are expected to prevent future fuel contamination crises. One such measure could be making GCMS testing mandatory, which a majority of bunker buyers support based on a survey by UK-based bunker broker NSI.

Share
Previous Singapore Bunker Contamination: Why Are Organic Chlorides a Problem?
Next European Union doubles down on Russian sanctions