Competition to be ahead in newbuilding technologies? 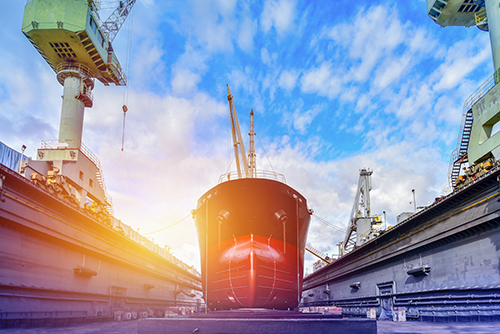 Is China’s newbuilding orderbook enhanced by learning from others?

Its years of flak as a global copycat are no concern. In fact, China is not only actively expanding its orderbook, the country also ordered new vessels from Korea. It is unconvincing to assume China is not a threat to Europe in terms of newbuildings.

The unspoken undercurrent of subsidies
There are industry veterans who feel European shipyards are on par with China’s. The latter’s abundant state-funding poses minimal threat given China’s shipbuilder, SITC International Holdings Company Limited ordered vessels from Korean shipbuilder DaeSun. The views were SITC already has an impressive coverage across the Far East and Southeast Asia; the regional rather than global reach explains the modest size of the ships ordered.

If a heavyweight is still ordering vessels from Korean or Japanese shipyards, it suggests a possible shortfall in certain machinery strengths. However, is the order meant to complement the current fleet? China is already buying up the iron ore available from major suppliers – one may speculate its intention is to dominate the iron ore market. So, why can’t the similar intentions be applied to newbuildings?

SITC is just one of the many shipowners in China, and a lucrative one. Headquartered in Hong Kong, the company operates 72 trade lanes with 96 vessels and a total capacity of 142,875 TEU, ranking among global liner companies. Certainly, it has enough resources to expand its fleet for “business reasons”. However, could China be also striving to strengthen its internal shipbuilding calibre by acquiring other vessels (possibly state-funded as well), not to increase fleet size but study the technology and infrastructure within to expand its knowledge inventory?

South Korea’s DaeSun Shipbuilding certainly has a reason to be grateful towards SITC when it was in the red till the latter’s purchase worth nearly US$200 million. It might be part of China’s plan to become a maritime powerhouse. Putting it nicely, Steve Jobs got the idea for the mouse from Xerox. Why would imitation not be considered as a powerful weapon against competition in the world scale?

Share
Previous Will combined vaccines quicken India’s maritime recovery?
Next Economies to brace themselves for the next inflation wave