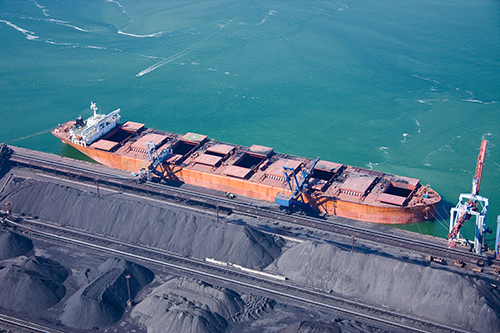 The world is close to facing a dire shortage of coal, an aftereffect of China’s ambitious carbon emission plans. While nobody can fault China for its climate-centred initiatives, many enterprises wound up facing liquidation possibilities.

Costly move for China
Though coal prices went through the roof, the shipbuilding industry might still hold steady as China needs to fulfil the newbuilding orders. Shipyards have no choice but to tolerate higher steel prices since the iron ore supply dwindled. However, there is a stark difference when the same ingredient is used for generating electricity.

The coal shortage had over 10 Chinese provinces experience power outages. They include Jiangsu, Guangdong, and Zhejiang, which happened to be housing the country’s busiest ports: Ningbo, Guangzhou, Nansha, Yantian, and Shekou. The outage had put many factories and companies at high risks of folding due to the manufacturing halt. Simultaneously, at least 10 listed firms are expected to suffer a dent in 2021’s earnings.

Indonesia and Russia to dominate
China’s debate with Australia resulted in the heightened coal demand from Indonesia and Russia, and a cash cow for both countries. China is now compelled to import from the latter nations. These countries would still need to be mindful that not every importer is prepared to pay premium prices. Nevertheless, commodity analyst Kpler estimated the total worldwide trade volume of all coal grades to be at 122.8 million tonnes for September 2021 alone, the strongest performance since December 2019.

Indonesian and Russian coal miners can meanwhile smirk their way to the banks. Early this month, Indonesia’s Ministry of Energy and Mineral Resources set the coal price benchmark at US$150.03 per tonne in September 2021, up 14.53 per cent from the US$130.99 per tonne in August 2021. It is the highest since November 2011 when priced at US$116.65 per tonne. The ministry’s spokesperson, Agung Pribadi said: “The rising power demand in China is exceeding the capacity of its domestic coal production.” The price hike incriminates the growing demand for Indonesian coal. While no values of Russian coal prices were revealed, traders observed premiums of more than 100 per cent as compared to their Australian cousins.