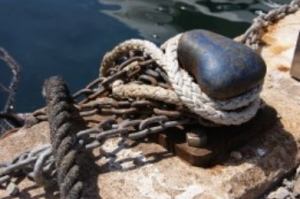 Repost: The cruise ship, World Dream, has been detained in the Southeast Asian shipping and bunkering hub of Singapore.

The move against the ship heralds from the collapse of Genting Hong Kong, which controls the asset.

That bankruptcy had left bunker company Peninsula out of pocket over unpaid bunker bills. But Peninsula has since recovered all of the money, a company source told Ship & Bunker on Tuesday.

The action against World Dream was bought by German ship finance house KfW Ipex bank which filed a mortgage claim against the ship, according to maritime news provider Tradewinds.

The ship completed its final voyage docking in its base port of Singapore last week.

According to ship database equasis, the cruise ship is managed by Malaysia-based Genting Cruise Lines and owned by Bermuda-based World Dream Ltd.