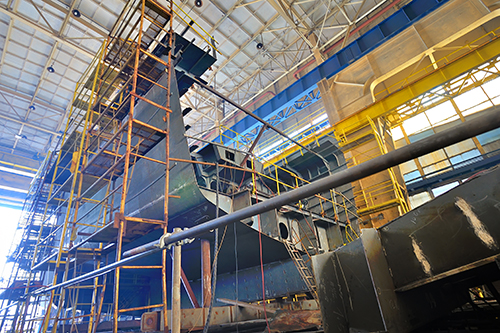 This is provided other countries can keep up with the demand

China is the world’s top steel producer, and its curb opened up opportunities for other contenders such as India, Japan, United States, and Russia. The last 4 nations are the balance of the top 5 in sequential order for world ranking as at August 2021.

Where would shipbuilders look?
Statistics from the World Steel Association revealed China churned out 83.2 million tonnes in August 2021, a 13.2 per cent reduction compared to August 2020. In July 2021, China produced 86.8 million tonnes, down 8.4 per cent in the same month 2020. The steady decrease is clear and in accordance to the country’s commitment to reduce carbon emissions. The decline unfortunately cannot be drastic as China received plenty of newbuilding orders. Nonetheless, plummeting steel prices are a certainty, and power curbs will only worsen the situation.

How China addresses its domestic construction crisis is another nail-biting issue, but the country cannot afford to neglect prudent rationing. For the maritime industry, China’s limited domestic steel supply bodes well for producers trailing behind in the world rankings. On the other side of the table is the slow but steady increased outputs from India and Japan. United States’ output remained stagnant due to the persistent trade issues. The fact that Asia and Oceania produced 112.7 million tonnes of steel in August 2021, led industry observers to anticipate the coming of India as an exporter thanks to China’s weakened output.

However, going down the list of global steel producers, if these countries knew where the next demand wave would come from, they can look forward to a stellar steel export performance to end the year. Now is certainly not the time to be embroiled in tensed relations when trade is concerned.