Did Germany crack under pressure? 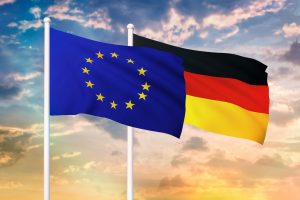 Germany, Austria and Hungary were the reluctant ones about the sanctions, but not now…

Germany’s hesitance in moving forward with fresh sanctions against Russia had a clear rationale. However, it seemed like the country is facing more heat from the European Union (EU) – beginning with oil.

The strong underlying message
Germany made a bold move to reduce its dependence on Russian energy, which did not come without a price. Earlier, the EU member was hesitant about further sanctions on Russia – profusely urging all to assess the impact before proceeding. Yet the EU imposed more sanctions against Russia – seemingly compelled Germany to crack under pressure.

The latest set of bans included imports of coal, wood, chemicals and other products which were estimated to slash at least 10 per cent of Moscow’s total imports. In addition to coal, the new EU sanctions ban imports from Russia of many other commodities and products, including wood, rubber, cement, fertilisers, high-end seafood, such as caviar, and spirits, such as vodka, for a total additional value estimated in €5.5 billion (US$5.9 billion) a year. That is just impact on Russia.

What does it cost Germany? Chancellor Olaf Scholz said recently, “We are actively working to get independent from the import of (Russian) oil and we think that we will be able to make it during this year. This is, as you may imagine, not that easy because it needs infrastructure that has to be built first. So pipelines to the northern shore of Germany, regasification ports that make it possible for example that LNG ships could give their supply to the gas grid in Germany.”

A stoppage of Russian gas imports is tougher for Germany, which in Q1 2022 received 40 per cent of deliveries from Russia. Germany wants to cut the share of Russian gas to 24 per cent by this summer (June – August 2022). However, it could take until the summer of 2024 for Europe’s largest economy to end its reliance on Russian gas. By admitting Germany lacks the framework to hit the ground running even in August 2022, it is clear Chancellor Scholz is gritting his teeth to bite the bullet.

Share
Previous Tanker Firms Frontline and Euronav to Merge
Next Will the alternatives fill the coal gap?