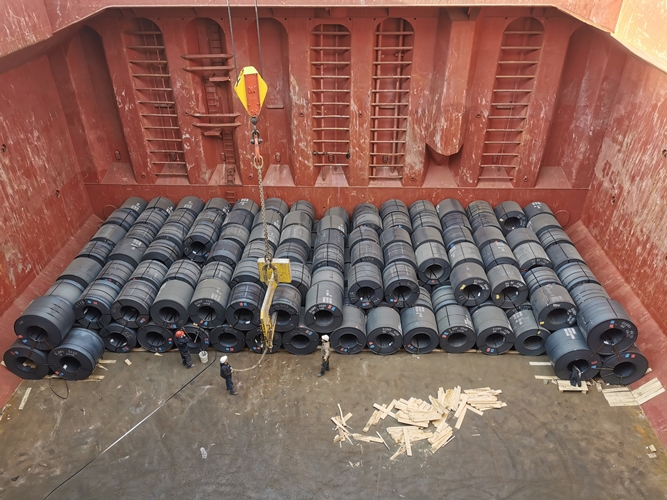 The country is actively cutting carbon emissions through reduced steel outputs. That posted much concern to shipbuilders who need steel, not to mention the high prices given the supply shortage.

Bilateral relations at risks?
While Australia was not totally stonewalled by China on iron ore, the former’s steel imports from China plummeted more than half in the last months. ResearchAndMarkets’ findings noted the Australian construction industry is expected to grow by 2.2 per cent in 2021 – up from a decline of 2.1% in 2020. Last year, the country suffered a contraction from the weak residential sector despite construction was classed under essentials.

The pandemic contributed to labour shortage due to social distancing and disrupted supply chains. Statistics from the Australian Bureau of Statistics (ABS) showed the construction sector alone contracted by 2.1 per cent annual in 2020. This is attributed to a fall in building construction activities (-4.2 per cent), which was slightly offset by a marginal increase in civil engineering works (0.9 per cent). Analysts warned that the steel shortage will impact Australia’s efforts in its impending infrastructure plans. Additionally, the reduced steel production will also affect Australia’s iron ore exports to China. This is in contrary to earlier reports about China’s reliance on Australia’s iron ore.

Further curbs expected
Wang, a representative from a Tangshan steel exporter said though exports to Australia dropped drastically, the country is not his primary destination.  “Overall steel exports have halved in recent months, but the slump to Australia was one of the fastest,” he added. Xie, a representative from a Shanghai steel and iron materials export and import company, told a media that China has stringently controlled domestic output. Therefore, his own firm’s exports to Australia have continuously dropped. He stressed that China’s intent to reduce carbon emissions by limiting steel production too hiked export levies.

Other industry observers anticipated further tariff hikes in H2 2021 as China focuses on domestic supply. That resulted in some exporters splitting the tariffs between both parties. Data from National Bureau of Statistics revealed China’s steel output dived to a 15-month low in July, amid efforts to reduce carbon emissions and overhaul the industry to tame a price surge. The country has also raised export costs twice this year, reinstated taxes on steel exports and cut tariffs for ferrous imports from 1 May 2021. More rebates of the value-added tax for some steel exporters were cancelled since August 2021.