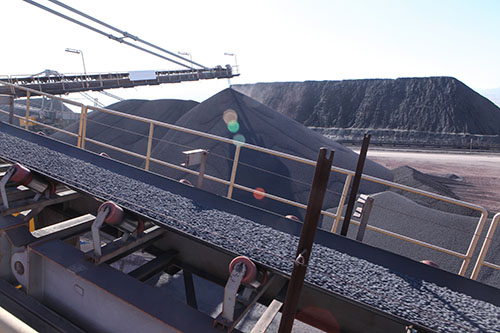 BHP Group posted a near 5 per cent drop in Q1 iron ore output as at 19 October 2021 due to maintenance work at its Jimblebar mine, accompanied with a shortage of rail labour from COVID-19 border restrictions. Despite that, it remained optimistic about the annual production. Instead, its rival, Rio Rinto chose a conservative approach by reducing its shipment forecast on account of the manpower conundrum. Mining industry leaders said the state’s labour shortage was exacerbated by pandemic-related border restrictions reducing mobility between states. Meanwhile, miners were also having to fight harder for skilled and experienced workers amid a government-backed construction boom on the east coast.

Demand concerns from a debt crisis in the Chinese property market, along with Beijing’s stricter emission controls, also halved iron ore prices from a record peak in May 2021. BHP shares sunk by 25 per cent despite the company posted its best annual results in nearly a decade in August 2021. The company also laid out plans to scrap its dual-listed structure and exit petroleum as part of a shift toward “future-facing commodities”. Its stock was down 1.5 per cent on Tuesday, 19 October 2021 in a weaker overall market.

Iron ore production from Western Australia fell to 70.6 million tonnes from June – September, from 74 million tonnes in 2020. It was however higher than a 68 million tonne forecast by RBC Capital Markets. Output at the Australian petroleum business, which is set to be bought by Woodside Petroleum, rose 3 per cent to 27.5 million barrels of oil equivalent. Metallurgical coal output dropped 9 per cent to 8.9 million tonnes, while thermal coal production jumped 17 per cent to 4.2 million tonnes. An acute global shortage of coal (including that in China) propelled a surge in the commodity’s prices and caused power outages. It remains to be seen if China will soften its stance on the largest producer.