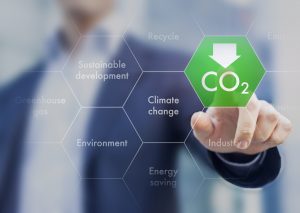 Singapore-headquartered shipping company sacrificed an income source for the environment

Cyril Ducau, Eastern Pacific Shipping’s (EPS) CEO wrote in the company’s Environmental, Social and Governance (ESG) Policy Report 2022 that the company had not shipped coal since April 2020. It demonstrated their commitment to accelerate the industry’s energy transition through a No Coal Cargo Policy.

Doing their bit for ESG
The industry witnessed an intense COP26 where mixed views between carbon emissions and the ability to accelerate net zero goals surfaced. There was a heated exchange over phasing out coal as some member states of the International Maritime Organisation (IMO) were ready to implement. Unfortunately, other lower-income countries did not have the luxury to go for costly fuels.

Compared to prevailing marine fuels, LNG alone can completely eliminate sulphur oxide, dust, and CO2 emissions by 20 per cent and particulate matter by 99 per cent — improving air quality at sea. Large ships running on LNG are becoming popular as the IMO regulated sulphur content in marine fuel to less than 0.5 per cent. The demand prospect for green energy varies between research institutes and is expected to reach 20 million – 30 million tonnes by 2030. Multinational energy companies like Shell and TotalEnergies projected that LNG bunkering will account for 20 – 30 per cent of the total marine fuel market in the next decade.

Ducau declared in his foreword that EPS had not carried coal on its dry bulk fleet since April 2020. Through their No Coal Cargo policy, EPS hopes to play a small role in making the commodity no longer economically viable, thus increasing the demand for greener options. EPS’ policy also aims to be a message to the industry that decarbonisation is not exclusive to how ships are moved – but also what is moved.