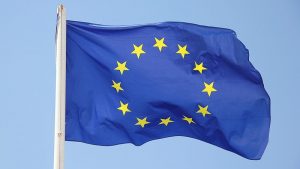 This is in spite of its position as Russia’s largest trading partner, accounting for 37 per cent of Russia’s global trade in 2020. Much of that is energy – about 70 per cent of Russian gas exports and half of its oil exports go to Europe.

A high stakes move?
While the EU nations are considering a ban on Russian vessels entering its bloc ports, Britain has already imposed a ban on all Russian-owned, operated, controlled, chartered, registered or flagged vessels from entering its ports. One of the reported cases was the Marshall Islands-flagged NS Champion, operated by Russian shipping company Sovcomflot. It got turned away by the United Kingdom on 28 February 2022 after the ban, and diverted to Denmark with oil cargo onboard, according to ship tracking data by Eikon. 2 other Sovcomflot operated vessels loaded with liquefied natural gas (LNG), the Marshall Islands La Perouse, and the Cyprus-flagged Christophe De Margerie, operated by Russia’s Yamal, diverted to France.

Denmark’s foreign ministry said EU (foreign) ministers discussed closing European ports to Russian ships on 27 February 2022. “Denmark is actively working for the EU to make a common decision to close its ports to Russian vessels,” the foreign ministry disclosed to Reuters. A French government official added the EU was working on more sanctions, and the closure of ports to Russian ships was a possibility. The official however highlighted that any additional steps should affect Russia proportionally much more than EU’s economies. A Grecian government official said Athens will implement any decision the European Commission takes on this issue.

Despite the several initiatives implemented before the official statement released by the EU, a spokesperson said there were none of such bans currently. The body is still working on further sanctions which will be announced in due course. The European Parliament will be voting on a non-binding resolution calling for EU ports to be closed to Russian ships, and those coming to or from Russia, except for necessary justified humanitarian reasons, could add political pressure for the bloc to act. Spain is also considering imposing similar restrictions on Russian owned or related vessels.  Such collective action may be warranted if the intent is to appeal to Russia to cease fire. However, it has a high price for many economies.