Ever Given gets to leave Suez Canal on 7 July 2021 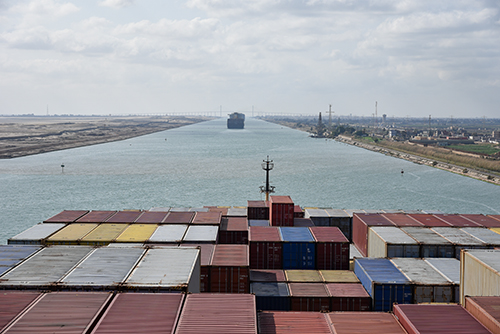 The mammoth ship is finally allowed to leave the Canal, meanwhile…

All parties remained secretive about the terms and conditions to be approved by the judge on 11 July 2021. Osama Rabie, the Suez Canal Authority’s (SCA) Chairman, notified the canal will receive a tug boat with a pulling capacity of about 75 tonnes as part of a settlement, without mentioning any other details.

Embargoed or non-disclosure?
Numerous speculations swirled the internet on how SCA held Shoei Kisen Kaisha Ltd ransom over Ever Given’s release. Since April 2021, SCA demonstrated its world-class haggling proficiency over compensation from Ever Given’s owner. Unfazed by the demand, the UK Club remained firm in its position and continued to question “why”, despite the amount being reduced. The Egyptian court’s consecutive adjournments appeared to help SCA buy some time – either to just wait for some payment or compel the defendant into submission.

Other media reports claimed SCA said the crisis has cost the Egyptian government up to $90 million in lost toll revenue as hundreds of ships waited to pass through the blocked waterway or took other routes. SCA also said Shoei Kisen offered to pay $150 million. Additionally, the Panama Maritime Authority (PMA) visited SCA, accompanied by Panama’s ambassador to Egypt. Shortly after, SCA rebutted the PMA over the losses suffered from efforts to free the wedged Ever Given. Not to mention, SCA prior admitted to a miscalculation about the compensation amount! Lastly, SCA collected $3 billion worth of revenue for H1 21 – an 8 per cent increase from 2020! All these essentially discredited SCA’s credibility in this saga.

Faz Peermohamed from Stann Marine, solicitor representing Shoei Kisen and its insurers revealed preparations for the release of the vessel will be made and an event marking the agreement will be held at the Authority’s headquarters in Ismailia. “We preserved the rights of the authority in full, preserved our relationship with the company and also political relations with Japan,” Rabie told a private media. The current embargoed terms add to the suspense of the agreed sum. The industry is waiting to be surprised – provided the full terms get disclosed.