Ever Given officially seized by Egyptian authorities 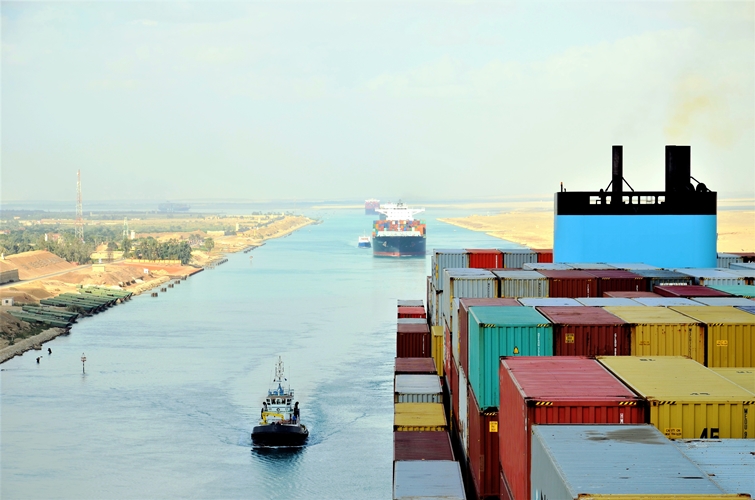 The ship is officially in custody after Shoei Kisen Kaisha fails to pay compensation
Early this week, the Egyptian court ordered Ever Given to remain in custody – stemming from the owner’s failure to pay the $900 million compensation. The massive bill includes maintenance and the expenses from the rescue operation.

Negotiations turned sour
The Suez Canal Authority initially expressed hopes to reach an amicable conclusion with Shoei Kisen Kaisha – in the name of protecting the Japanese conglomerate’s interests for future dealings with the canal. The Panama-flagged Ever Given ran aground on 23 March 2021 in the narrow man-made canal, stopping traffic for a week. Investigators analysed the ship’s black box but have yet to establish a cause. SCA declined to discuss possible causes – vessel’s speed and weather.

The 220,940 dwt vessel wedged diagonally across the canal allegedly by strong winds, and froze traffic. Over 400 vessels were stranded; causing the worldwide shipping industry to suffer further losses in addition to the crippling pandemic. Though movement resumed a week later, other ports are grappling with the latent consequences, especially congestion.

UK P&I Club questions claims
Shoei Kisen Kaisha said both its insurance companies and solicitors were working on the compensation claim. The UK Protection & Indemnity (P&I) Club is the insurer of the Ever Given for certain third-party liabilities including obstruction claims or infrastructure issues, but not for the vessel or cargo. Notwithstanding, the club expressed doubts about the claim.

In a statement, the club said: “Despite the magnitude of the claim which was largely unsupported, the owners and their insurers have been negotiating in good faith with the SCA. On 12 April 2021, a carefully considered and generous offer was made to the SCA to settle their claim.”

The club added SCA failed to provide a detailed justification for the extraordinarily large claim, which included a US$300 million claims for a “salvage bonus” and a US$300 million claim for “loss of reputation”. It noted the omission of crucial circumstantial factors comprising zero pollution and injuries. Additionally, SCA’s claim excluded the professional salvor’s claim for their salvage services which owners and their hull underwriters expect to receive separately.