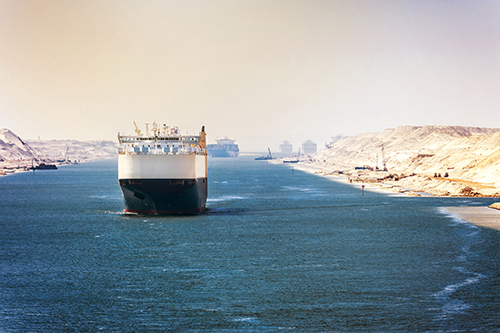 Since Egypt’s official seizure of Ever Given, shipowner Shoei Kisen Kaisha and operator Evergreen Marine Corp have been under severe pressure. Ever Given is ordered to be withheld till the owner pays the $900 million compensation. Evergreen Marine Corp. meanwhile faces the same from cargo owners on a pressing deadline to deliver goods to the respective destinations.

Ever complex saga
Substantial spotlight is on both companies and UK’s P&I (Protection and Indemnity) Club. Despite reports of a generous offer presented to Egypt’s SCA, the case instead turned arbitrary. While no amount was specified on the offer from P&I, the Club disputed the basis of the massive claim – stressing crucial information was omitted.

Frantically exploring options, Evergreen said in a recent statement, “Evergreen is investigating the scope of the court order and studying the possibility of the vessel and the cargo onboard being treated separately.” If such is feasible, millions of dollars’ worth of goods due all-across northern Europe can be released.

Maritime lawyers and insurance professionals noted the possibility, however alerted on its grim hopes. Typically, the insurer will prefer that the ship, cargo and also its crew be treated as a single entity instead of adopting a piecemeal approach. The ship has a protection and indemnity cover from the UK P&I Club. A maritime solicitor stressed, “All stakeholders have to be on the same page, otherwise the matter will get more complicated.” From a macro perspective, Shoei Kisen Kaisha is in no position to comment if the SCA agrees to release the cargo against the security deposit or bank guarantee. A maritime insurance executive remarked, “The cargo is onboard the ship, and it can only be discharged with the owner’s permission.”

An enormous conundrum
Noting the urgency involving the stuck cargo and crew, Evergreen is urging all parties to facilitate a settlement. UK P&I Club’s questioning the basis of the claim tossed a wrench into the plan. “A carefully considered and generous offer was made to the SCA to settle the claim,” the UK P&I Club said in a statement.

Evergreen’s delivery of goods is indefinitely delayed and so the operator-cum-charterer wants the containers to be discharged and delivered to their intended destinations. The Ever Given’s scheduled ports of call are Rotterdam, Antwerp and Hamburg and the containers were destined for locations across northern Europe.

While discharging and reloading the cargo is only possible if the stranded vessel suffered damages, the American Bureau of Shipping certified Ever Given is fit to move from Great Bitter Lake to Port Said for further inspections before resuming voyage.

On the other hand, the charterer wants to meet its delivery commitments and generally the vessel itself and its cargo are insured separately. Evergreen is doing its utmost to complete the deliveries and minimise any adverse impact. The UK P&I Club has insured the owner of Ever Given for certain third-party liabilities that might arise from such incidents.

The crew has the least priority
Observing the practices of insurance disputes, an executive noted, “Hypothetically, if a large security amount is deposited and the cargo is released and later something similar is done for the ship, it is the crew that will be held back until full and final payment.”

There were past accounts of withheld crew for years due to such disputes; known to take a long time to conclude. The UK P&I Club stated that its priority is “fair and swift resolution of this claim to ensure the release of the vessel and cargo and, more importantly, her crew of 25 onboard”.