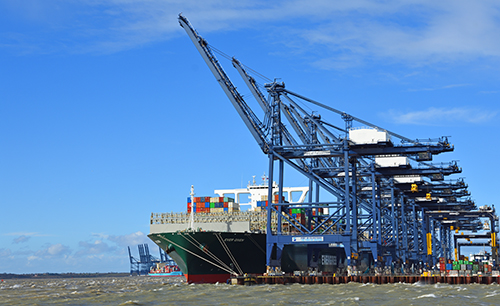 Apparently, releasing 5 crew members and reducing the claims to $600 million from $900 million to free the Ever Given at Suez Canal did not move the UK Club. With no conclusion in sight, SCA’s efforts to settle the issue out of court remain impossible. This is corroborated by the court’s recent ruling to continue withholding the 400m long vessel that stopped traffic for a week in late March 2021.

Claim is still exceptionally large
Ever Given’s insurer, the UK Club said the reduced compensation claim from the Egyptian authorities for almost $600 million to free the vessel and cover related losses was still “exceptionally large”. The SCA reportedly adjusted its claim from an initial $900 million in an effort to settle out of court, as confirmed by the authority’s chief Lt. Gen Osama Rabie.

UK Club however said the proposed reduced amount was not reflected in SCA’s claim filed at court. “The Ever Given’s owners still have not been provided with evidence that would support a claim of this size, which remains exceptionally large. The Ever Given’s interests continue to negotiate in good faith with the SCA,” it added.

Currently, the Ever Given is still carrying high volumes of cargo and remains withheld till the payment is made. Rabie said there was no immediate prospect of a settlement. “We have not seen any response from their side so far, so we are moving forward with the issue, as we were in the court,” he told local media.

Claims brought to question
More than a month after the incident, it is clear the SCA is deeply aware of the risks from the canal’s width. Its first expansion in 2016 unfortunately failed to include the part where the Ever Given was wedged. A legal circus followed when SCA’s chief was swift to declare zero liability on their part, ruled out force majeure and pinned a massive $900 million claim against Shoei Kisen Kaisha (Ever Given’s owner). The amount is described as the losses suffered from the blockage and costs incurred to dislodge the vessel. Additional terms and conditions included the crew remains onboard till a settlement is reached.

The SCA subsequently released 5 crew members on separate occasions. Rabie asserted there were no policies to prevent the crew’s signing-off, the captain however must remain onboard. His words insisting the authority is negotiating with Ever Given’s owner in good faith was brought into question after the Egyptian court upheld its ruling on Ever Given’s withholding on 4 May 2021 with the same grounds of decision. Another hearing date is meanwhile set on 22 May 2021. A source alerted that the Egyptian court may authorise the vessel’s auction in the vent of no restitution – concurred by Rabie.