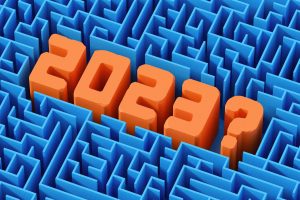 Repost: The bunker industry is facing gloomier prospects in 2023 after the windfall seen last year.

2022 brought record prices and record margins for the industry as the consequences of the war in Ukraine drove global oil-supply concerns.

Shipping and bunker companies lined up shortly after the full outbreak of war in late February to announce their plans to distance themselves from Russian business, leading to a significant jump in prices as the world looked for alternatives to Russian oil.

This led to strong profitability for the bunker industry. World Fuel Services, the world’s second-largest marine fuels firm by sales volume, saw its marine net income per tonne sold jump to $10.80/mt in the second quarter, the highest since at least the third quarter of 2014, and decline only marginally to $9.96/mt in the next three months. Its average in 2021 had been $1.13/mt.

The high volatility in prices was one of the largest complicating factors for the bunker industry in 2022. But access to credit — long feared to become a problem in an era of higher prices — turned out to be less of a concern while the industry’s margins were so high.

M&A activity in the industry was not as high as might have been expected at a volatile time in the market, but consolidation may be taking another form in a flight of volumes to the industry’s largest brands.

World Fuel Services reported 6% growth in its bunker sales volumes in the first three quarters of 2022 from a year earlier, while Monjasa said its total 2022 volumes were higher than 2021 with December‘s total in particular near a record high.

Meanwhile Ship & Bunker and BLUE Insight‘s market survey at 17 leading bunkering locations showed an overall global decline of 2.6% in bunker volumes in the first three quarters of 2022 from a year earlier.

The record margins seen last year are unlikely to persist this year.

Ship & Bunker’s G20-VLSFO Index is already down by 43.9% from its June record as of January 4, and hit the lowest level in a year on December 21. The prospect of a global economic downturn has overtaken Russia-related supply concerns as the biggest factor driving global oil markets, and better news for demand appears unlikely to emerge soon as China deals with a severe COVID-19 outbreak.

Looking at bunker demand by shipping segment, a mixed picture emerges for 2023.

Container lines represent the largest segment for bunker consumption, taking up 29.2% of global demand in 2021 according to IMO figures. In this segment the signals of an upcoming recession are clearest, with a significant slide in freight rates since the second half of last year.

That decline in profitability may encourage lines to run boxships at slower, more fuel-efficient speeds this year, both to cut costs and improve environmental performance. Late last year bunker market participants were already reporting demand from the container segment as being down by as much as 20% on the year.

The dry bulk market faces a more mixed outlook for the year, with a downturn likely in the first half followed by a stronger performance later in 2023 as China’s economy reaps the benefits from its easing of COVID-19 restrictions.

Tankers are the outlier among shipping segments in having a positive outlook for the year. The European Union‘s ban on Russian crude imports from December 5, extended to cover products from February 5, will drive increased tonne-mile demand as these exports travel longer distances to find new buyers.

And the cruise industry can expect another strong year in 2023, with demand reported to have now largely recovered from the COVID-19 shock seen in 2020 and 2021.

Some of the biggest changes for the bunker industry in 2022 came in the regulatory arena, some of which will have a significant impact this year.

The biggest regulatory change came in December with the announcement of a final position from the European Union on introducing shipping to its emissions trading system.

The system will phased in over three years from 2024, with ships in intra-EU voyages ultimately paying for allowances covering 100% of their voyages’ GHG emissions, and those on voyages between EU ports and the rest of the world paying for 50%.

This is the first major step towards charging the shipping industry for its GHG emissions, and a regulation like this being imposed on the regional level will put significant pressure on the IMO to agree similar measures at a global level later this year.

In the shorter term, the end of 2022 also saw the IMO’s CII regulations come into force.

From this month all vessels larger than 5,000 GT will have calculated for them a CII rating based on historical data submitted to the IMO. The rating is a calculation of the CO2 the vessel emitted per unit of cargo capacity per nautical mile.

The rating will come as a letter between A and E, with A at the top of the scale, and ratings will be determined on an annual basis. Ships receiving a D rating for three years or an E rating for a single year will need to implement a ship energy efficiency management plan setting out their plans to improve their performance.

This regulation is likely to drive an increase in slow steaming and the installation of fuel-saving technology in the global fleet this year, further limiting demand.

2022 also saw final approval being given to a 0.10% sulfur emission control area being set up in the Mediterranean to match the one in the north of Europe. The new limit is due to come into force in May 2025, and will drive an increase in scrubber installations in the region as well as a switch to MGO and other lower-sulfur fuels.

Other regulations are also starting to pile up for the bunker industry away from the emissions arena.

The ports of Rotterdam and Antwerp-Bruges announced plans late last year to make the use of mass flow meters mandatory for bunker deliveries. Sources at Rotterdam had told Ship & Bunker the change, which would match the mandate used in Singapore since 2017, could be introduced as early as the start of 2024.

IBIA Director Unni Einemo highlighted the results of the survey created by the IBIA Bunker Licensing & MFM Working Group, which shipping industry body BIMCO takes part in. When IBIA and BIMCO jointly surveyed their members earlier this year, they found widespread support for further use of MFMs and bunker supplier licensing.

Meanwhile in Singapore, plans are afoot to drive the digitalisation of the bunker industry further in 2023.

The MPA is set to start rolling out digital versions of paperwork like bunker delivery notes and requisition forms from the first quarter of this year, it said at SIBCON in October.

Beyond that, the authority plans to start bunker barge operators installing digital technologies on their barges from 2024 that may costs $20,000-30,000 per barge, with government support covering up to half of that figure.

2022 saw a further cementing of the status of alternative fuels in the bunker market, despite the impact of higher prices.

Demand for gas-powered ships continues to grow, but has decelerated significantly in the face of last year’s record gas-price surge.

Demand for LNG as a bunker fuel itself appears to have weakened, with dual-fuelled vessels choosing to revert to conventional bunkers this year where possible to avoid the higher prices for gas.

At the same time, interest in methanol as an alternative bunker fuel has been rapidly catching up.

The DNV data show a total of 35 methanol-fuelled ship orders registered last year, and a total of 82 ships on order or already in operation that are capable of running on methanol.

Between them AP Moller-Maersk, CMA CGM and COSCO currently have 666,100 TEU of methanol-fuelled boxships on order, representing just over 2.5% of current global container capacity. Maersk’s first methanol-fuelled ship is due to enter service in the middle of this year.

Demand for biofuel bunker blends has also been climbing worldwide, albeit stymied somewhat by the rapid climb in prices in 2022.

Rotterdam saw a total of 522,167 mt of biofuel blend sales in the first three quarters of 2022, up by 199.4% on the year. The figure includes the conventional bunker element in the biofuel blends, and the port authority does not set out the average biofuel content of the sales.

And the authorities in Singapore reported about 70,000 mt of biofuel bunker blend sales in January to September. Vitol Bunkers took up about half of that figure, having launched its biofuel supply operation there in March.

Moving back to conventional bunker fuels, HSFO was a significant success story in 2022 and looks likely to grow its share of the total further this year.

The increased HSFO demand came with an increase in interest in scrubber technology as 2022’s price shifts drove a much wider spread between VLSFO and HSFO.