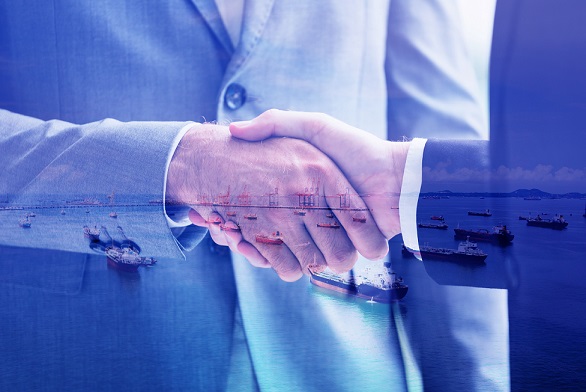 Maritime mergers & acquisitions: Two consolidations took place early this year 2021; one to strengthen market share and the other as an exit strategy

The pandemic pushed the global economy into a recession of historic proportions, resulting in various countries’ lockdowns. However, this economic climate is also an opportunity for some companies to augment their portfolio and minimise losses.

Entry into maritime
Viasat Inc., an American communications company with global operations is a provider of high-speed satellite broadband services and secure networking systems covering military and commercial markets. Late December 2020, Viasat announced the acquisition of RigNet, another American energy connectivity provider for approximately $222 million. It is believed RigNet’s customer base in the energy market is of strong interest to Viasat, with the upcoming launch of ViaSat-3, a new constellation of three satellites.

Founded in 2001, RigNet is a US-based service provider of connectivity services, applications and cybersecurity solutions primarily for the offshore oil, gas and energy market. The company divides its business into four segments: managed communications services (MCS), applications and Internet of Things (IoT), systems integration, and corporate with its biggest segment, MCS, underperforming in 2020 compared to 2019.

Exit from maritime
Marlink Group has signed to acquire 100 per cent of ITC Global, a maritime and energy service provider owned by Panasonic. The Japanese-owned ITC Global is a satellite-based communications provider which primarily serves the energy, mining, maritime, and NGO markets. In January 2020, ITC Global partnered with Inmarsat to expand its service to providing Ka-band coverage to energy, maritime and yachting customers. The five-year strategic partnership translated to ITC Global’s role as a reseller for Inmarsat’s Fleet Xpress. ITC Global’s parent company, Panasonic Avionics, signed a similar agreement with Inmarsat in 2018 to provide inflight connectivity.

Marlink Group is very well known for its strong footprint in the maritime connectivity commercial merchant market, and high-end leisure. As such, ITC Global’s strong maritime offshore energy, passenger and enterprise customer base provides Marlink group with a new market segment to master.

On the other side, Panasonic Group is speculated to have assessed its performance in the energy sector, and concluded it might be make more business sense to exit the maritime sector, and focus in aviation.