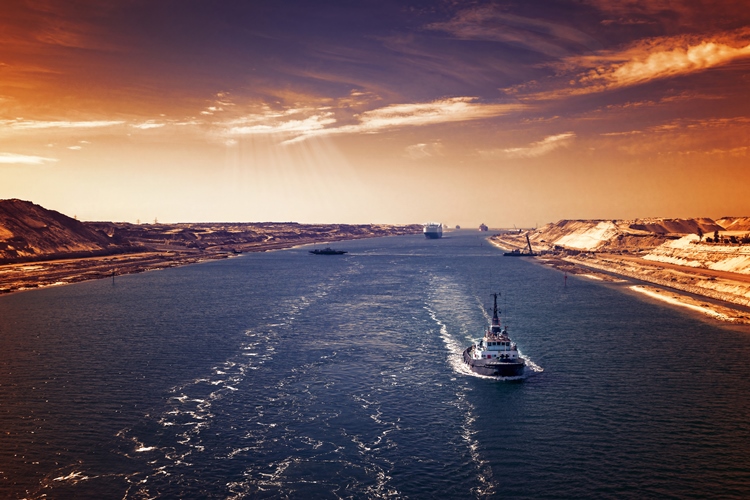 The canal’s planned upgrade
The 147.4m x 23m dredger is capable of digging up to 35m deep, an additional 10m from the canal’s current depth at 24m. Maritime transport experts noted this operation holds substantial importance in light of the recent Suez Canal disaster leading to a chain of global supply issues. In fact, Suez Canal’s widening is an opportunity for an interest in super-large vessels.

George Safwat, SCA’s official spokesman added: “There is a plan for the canal upgrade that should be fully implemented by 2023. It includes both the northern and southern entrances.” Independent maritime transport expert, Ahmed al-Shami said: “This widening can be implemented in the coming period, even as most of the container vessels present now can pass through the canal.” The comment followed Rabie’s recent expansion announcement – highlighting the narrow 250m part of the canal may be expanded to 400m.

This development would be the second for Egypt’s Suez Canal. Its first was in 2014 with a parallel channel enabling two-way traffic since 1869. The reworked canal eased traffic and cut waiting times to 3 hours from 11 hours in the past. The new channel also reduced transit time to 11 hours from 18. It was the centrepiece of President Abdel Fattah al-Sisi’s first term. A main source of income for Egypt, the canal contributes between $5 billion and $6 billion annually in national revenue. It is also the quickest sea route between Asia and Europe, facilitating almost 15 per cent of the world’s shipping traffic.

Tarek Fahmi, a political science professor at Cairo University, emphasised: “The latest crisis has proven the importance of Suez Canal. The fact that there are no alternative routes gives Egypt its weight and political importance.”

Full support from the President
President Abdel Fattah al-Sisi expressed his full support on the upgrade, noting his administration will actively facilitate the provision of required equipment. His team faced intense pressure from the international community since the incident.

Royal IHC is building another giant dredger for SCA, which will be named after former Egyptian Defence Minister Hussein Tantawi. Both diggers will be used in the future upgrade plans of the canal, along with other equipment. “This expansion will enable the canal to deal with the new generation of container vessels,” Mahmud al-Dabaa, a member of the parliamentary Transport Committee remarked.