Hanjin Heavy Industries & Construction (HHIC) back in the market 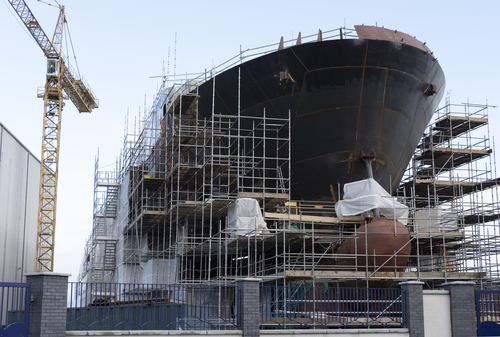 The South Korean shipbuilder, Hanjin secured an order for 5 units of 5,500 TEU vessels

Officially back in the market, the shipbuilder proudly announced its latest order of 5 units of 5,500 TEU vessels. Last April, its major creditor, Korea Development Bank (KDB) sold its 67 per cent share to another Korean conglomerate, Dongbu Corporation, for an undisclosed sum. The shipbuilder is now back in business.

Rise from the ashes

HHIC went under in February 2017, and ended its reign as one of the world’s largest shipbuilders. At the peak of its crisis in 2016, Hanjin had vessels stranded worldwide. The head of Hong Kong-based shipowner, Seaspan Corporation, was said to have likened Hanjin’s demise to the collapse of Lehman Brothers at the peak of the global financial crisis in 2008. Hanjin received its last order in 2015, and was dependent on government support since then.

Back in business, HHIC’s newbuilding order is said to be valued at US$270million and from a European shipping company. HHIC’s representative said: “We have confirmed our competitiveness in the market by winning the first order for commercial vessels since the merger and acquisition, and are now able to lay the foundation for early business normalisation.” Given a 5,500 TEU vessel has an estimated capacity of 143,000 dwt, HHIC is certainly serious about reclaiming its position.

It is known today that Korea’s top 3 shipyards: Korea Shipbuilding & Offshore Engineering Company (KSOE), Daewoo Shipbuilding & Marine Engineering Company (DSME), and Samsung Heavy Industries Company (SHI) have exceeded or close to meeting their yearly order goals. However, it might be too early to speculate if HHIC will successfully revive its glory due to intense competition in  shipbuilding. Despite keeping mum, HHIC’s deal can only strengthen Korea’s position against China, with the former leading in the shipbuilding sector.