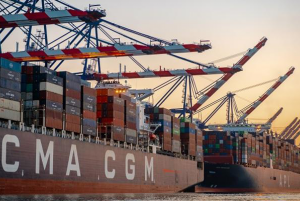 Repost: The Ocean Shipping Reform Act of 2022 (OSRA 22) includes a provision mandating the Federal Maritime Commission (FMC) to seek comments on whether congestion of the carriage of goods has created an emergency situation.

OSRA 22 was signed into law in June this year and an “emergency situation” is classified as one causing a substantial, adverse effect on the competitiveness and reliability of the international ocean transportation supply system.  The FMC’s Docket 22-19, providing background on the intent of this part of OSRA 22, explains that: “If the Commission determines that cargo congestion has created an emergency situation, it may issue an order requiring any common carrier or marine terminal operator to share directly with relevant shippers, rail carriers, or motor carriers information relating to cargo throughput and availability.”

As the comment period continues through its mid-September deadline, a variety of viewpoints on the specific question, and the broader issues of data availability and better visibility, have been submitted.

One comment urging that a national emergency be declared (submitted during early September) was filed jointly by the Meat Import Council of America, Inc. (MICA) and the North American Meat Institute (NAMI), representing importers and processors of various perishable foods. The submission cites harm done to its members due to spoilage, but also takes a swipe at the broader Demurrage & Detention issues, saying: “…in some cases, the uncertainty of the detention and demurrage fees accrued during congestion were so high, importers were forced to cancel supply contracts, reducing the available supply of meat on the domestic market during critical shortages experienced during the same time period.”

As “mid-term” elections are upcoming in the States, price inflation- including in foods, has been rampant. The MICA and NAMI submission implores the FMC to create an environment where cargo shippers can get out in front of uncertainties; they say: “In order to effectively address a bottleneck, the supply chain must have the relevant data available to it in order to identify these challenges ahead of time. Without this data, the supply chain and its primary entities are essentially operating blind, unable to plan for any future problems that may arise and permanently stuck in a reactionary footing. This is especially the case for cold storage warehouses located near ports which accept imported meat containers.”

They add that: “This dearth of transparent, prompt information unduly burdens US shippers who must contend with the often cost-prohibitive and logistically perilous decision of shifting product to alternate ports” The filing identifies ports of greatest concern to these importers: “Ports of Philadelphia, Los Angeles, Long Beach, Houston, Savannah, Seattle, Takoma <sic>, and Oakland.”

The Consumer Brands Association (CBA), whose membership includes producers of foods, beverages, and household/ personal care items sold in grocery stores, emphasized the importance of better data in its comments. Its submission noted that: “Data sharing is critical to advancing frictionless supply chains and the efficient movement of goods and services globally. In fact, data sharing may represent the greatest opportunity to drive additional efficiencies while maximizing resiliency and ensuring enhanced visibility across supply chains.”

While not directly addressing the “emergency” question- the CBA says that: “The consumer-packaged goods industry believes strongly in the potential opportunities afforded through data sharing and we encourage the federal government to adopt a strategic mindset and long-term vision to foster collaboration and industry support. A national freight data portal and its underlying data standards, processes and secure systems has the potential to dramatically strengthen supply chains and provide a foundation for transformational change.”

Supply chain issues have eased in the past few months; but watchers are looking closely at negotiations between labour unions and the large railroads, as well as the ongoing longshore labour discussions on the West Coast. 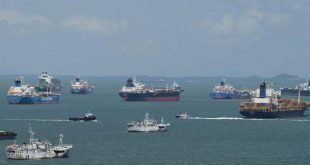 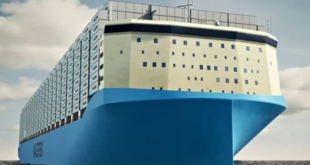 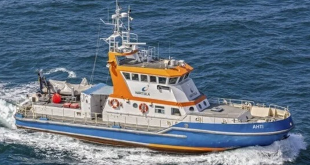 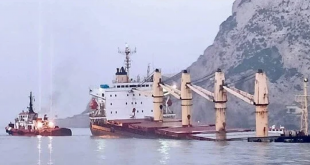 Image Credit: Maritime Executive Repost: The Gibraltar government and the port authority are reporting that …