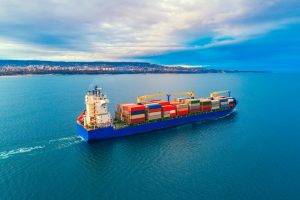 Large volume cargo owners have gone down the route of acquiring their own vessels. Will handysize vessels enjoy the same traction? Data from Braemar ACM, global chartering and broking specialists implied so.

Getting around unaffordable charges
High rates are not expected to soften in 2022. Transpacific ocean rates reportedly remain 8-9 times higher than the pre-pandemic norm. Asia – US East Coast rates increased 7 per cent compared to just 3 for West Coast prices, likely because importers are sending more shipments to East Coast ports as congestion continues to plague LA/Long Beach.

Asian cargo owners are the hardest hit. Amruth Raj, Managing Director of India-based Green Gardens lamented, “Small- and medium-sized enterprises are badly affected. They exploit our desperation” After shipping rates shot up in 2021, more than 50 per cent of his company’s capital was wiped out when European buyers balked with higher costs.

Chinese exporters are not optimistic either – they anticipated the high rates to stretch to 2023. Jiang Tianqing from Zhejiang province, said many of his clients have dropped orders due to the high shipping costs. He is struggling to balance cash flow: “The shipping cost for a 40-ft container with RMB500,000 (US$78,500) worth of goods was about RMB30,000 (US$4,700), but now shipping costs have risen to RMB100,000 (US$15,000) while the value of the goods has not changed.” Jiang stressed it was not an option to raise prices for his regulars.

Braemar ACM however provided some clues to get around this quandary. Its findings revealed 38,000 dwt large handy bulker fleet size reached the milestone of 1,000 ships, with 6 new deliveries and another 35 on order for 2022. This segment now accounts for 40 per cent of total handysize capacity, though just 4 per cent of total dry bulk fleet in dwt terms.

The specialist added the handysize segment evolved over the years from being in the 28,000 dwt range, then increasing to 33,000 – 34,000 dwt sizes before expanding further to 38,000 dwt, largely thanks to demand for larger stem sizes out of Japan. Its update wrote, “Unlike the Ultramax or Kamsarmax designs which only surfaced 10-15 years ago, the large handy ships have been around for several decades. However, the popularity and fleet size has risen sharply from 2010.” Smaller-scale exporters might consider this remedy to get around persistent unkind rates.