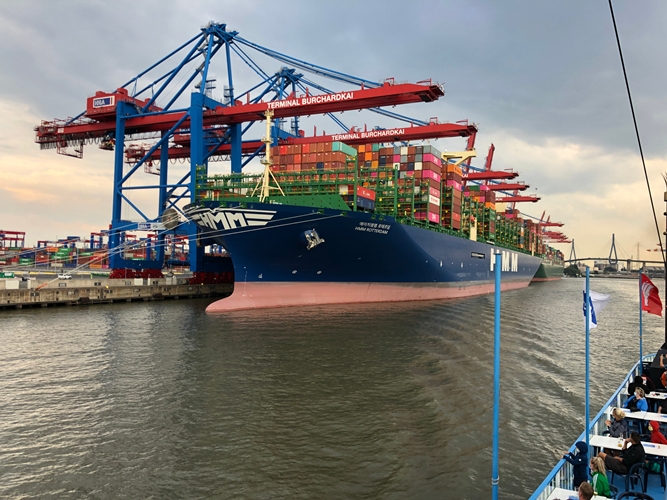 Just as Korea was biting its nails about a possible shipping crisis because of its top carrier’s woes with staff, HMM reached an amicable consensus with unions to resume operations. However, industry observers are keeping their eyes open.

It ended well (for now)
HMM President Bae Jae-hoon met with land- and sea-based workers’ union leaders, Kim Jin-man and Jun Chung-geun respectively. All parties reached an agreement: a 7.9 per cent increase in wages and a bonus payment equivalent to 650 per cent of monthly pay. Both sides also agreed to a 2.7 per cent rise in welfare benefits.

HMM’s initial proposal was an 8 per cent raise, with a bonus equivalent to 300 per cent of their monthly wages, plus a 200 per cent year-end incentive. Not only the seafarer union rejected the offer, 98 per cent of its 755 members in the land-based union decided to follow suit with a strike to call for the same benefits.

Jun Chung-geun of the sea-based workers’ union remarked, “We entered negotiations with a burden of being responsible for 99.7 per cent of exports within the shipping industry.” Kim Jin-man of the land based workers’ union said they could not sit and watch the escalating concerns over logistical disturbance. HMM’s official apologised for the prolonged negotiations which heightened worries of logistics issues. He assured both management and the unions have come to a consensus considering the economic effect and the COVID-19 situation, and all parties will join hands to rebuild the local shipping industry.

Mixed sentiments followed
Investors were however unpleased as HMM’s stock prices fell by 4.05 per cent to close at KRW 40,300 (US$34.83) on 2 September 2021. This is in spite of their warning that a strike will impact HMM business alliances’ equity prices. In other words, it was a debate of which would be more fatal.

Market analysts also had mixed feelings about this “settled” tussle. Some were worried that a strike would have a huge impact on technology and auto supply chains in addition to bottlenecks at major ports due to COVID-19 restrictions. Another remarked, “Though HMM management agreed to the unions’ request of raising rates by 25 per cent and bonuses of 1,200 per cent, it would have cost the company an additional KRW 120 billion (US$103, 818.04), which is just 1 per cent of expected sales for this year. That would have a limited impact on corporate value.”