A new wave of COVID-19 infections in Hong Kong may prove to be a stumbling block in the attempt to remove existing restrictions for crew changes not only in the territory, but in countries around the world, who remain keen observers of the goings-on in the region.   Hong Kong, while initially lauded by the international community for its response to COVID-19, has seen a rise in the number of daily infections, which has resulted in a number of new restrictions and social distancing measures being implemented. For example, Hong Kong has once again made it a requirement for air and sea crews to be tested for COVID-19 when entering Hong Kong in July, after having previously allowed for sea crew changes to take place without the need for a quarantine or testing for COVID-19 starting 9 June, which drew criticism from Dr David Hui Shu-Chong, a professor with the Chinese University of Hong Kong specialising in infectious diseases. Dr Hui, in an interview with the South China Morning Post (SCMP), made scathing comments about the Hong Kong government’s handling of the COVID-19 pandemic, saying, “Two mistakes the government have recently made have caused the community outbreak: the exemptions for tests and quarantine for airline and cruise crews which brought many asymptomatic cases into the community, while a total lift of the eight-people rule in restaurants last month was also a failure.”   The decision to reintroduce testing was made in light of the recent increase in the number of COVID-19 cases, and also due to the 11 crew members who tested positive on the cargo ship MSC Flavia after being tested in Ningbo anchorage, of which 9 had boarded the ship in Hong Kong.   The COVID-19 crisis has heavily impacted crew changes around the world, leaving up to 200,000 seafarers unable to leave their ships following the end of their contracts, and preventing others on land from joining ships to replace them. This news arrives at an inopportune time, especially as the shipping sector is trying to convince governments around the world to lift or reduce travel restrictions to help with crew changes.   The process of crew changes can still be performed in a safe manner, but the recent community outbreak of COVID-19 in Hong Kong is not a promising sign for governments around the world when planning to lift or even remove existing restrictions on travel.   Source: Seatrade Maritime

Previous UAE highlights importance of maintaining global supply chains
Next The Future: Autonomous Shipping and What to Expect 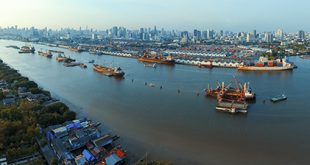 Thailand to explore establishing its own carrier 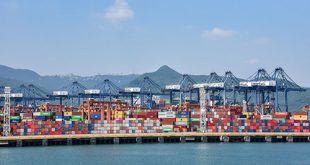 Port congestions will take a while to subside 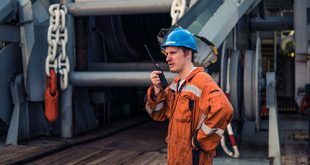 COVID-19 and its impact on seafarer unemployment