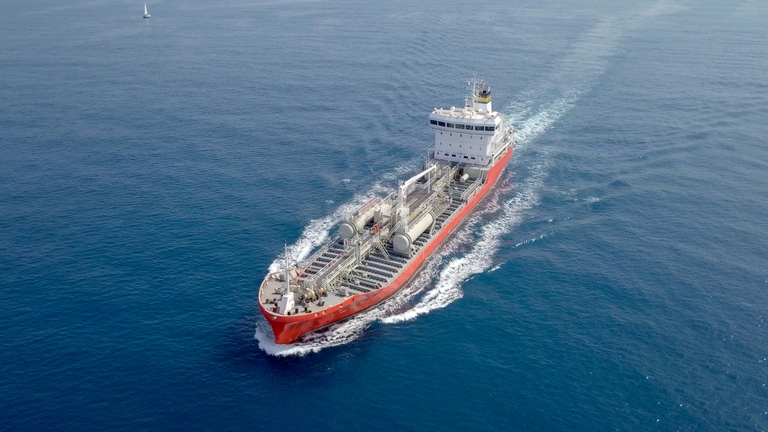 The global lack of very low sulphur fuel oil (VLSFO) resulted in some shipowners’ adopting marine gasoil (MGO) as an alternative. Adrian Tolson from Blue Insights observed, “Barring a refinery around the corner” smaller-to-mid sized ports may find their bunker demand unlikely to interest a VLSFO supplier. Tolson adds that familiar high sulphur fuel utilised by scrubber-fitted ships may not be universally available. It remains to be seen whether HSFO will be mopped up by refineries as feedstock or moved into power generation.

Global law firm, Clyde & Co recalled a noteworthy fuel issue in 2018 that adversely affected the shipping industry. Paul Collier from the company noted, “Over 100 vessels were involved in the ‘Houston incident involving worldwide cases of fuel contamination, and reports of resold debunkered fuel.” He believes significant quality issues with VLSFO blends will propel a repetition of the incident.

He believes this is an industry gap in upstream control of components. Firstly, blending for this minimal sulphur content is demanding. Secondly, the components do not always make stable blends, resulting in  precipitated sludge – clogging fuel line filters and treatment plants. There are also potential complications for ports with limited bunker tank space. Mixing even stable chemistries can end in trouble. For example, blending a low sulphur fuel from residual stock with a more paraffinic VGO blend in a holding tank will likewise cause sludge precipitation.

However, there are different takes on the source of the issue. Tolson highlighted, “Everyone is testing for sediment or instability in the supply chain and on ships… so getting a catastrophic surprise is not likely. Most problems will be resolved before the fuel gets onboard.”

Both Tolson and Collier concurred on the ambiguity of sulphur content. “There is a natural variation in bunker sample results. It is possible for one bunker test to pass, while others narrowly exceed the 0.50 per cent sulphur limit,” says Collier. This discrepancy can cause implications. “While the documents may reflect fuel is within specifications, a Port State Control test revealing higher sulphur content of fuel onboard may result in vessel detention or forced to debunker,” Collier added.

Tolson explains an overlooked detail, “There is an inbuilt conflict between suppliers and purchasers. For the recipient, a test showing sulphur content at 0.53 per cent meets the 95 per cent confidence limit set by ISO 8217, while suppliers’ results need to be 0.3 per cent below the threshold to remain on-specifications. This means the fuel limit can be set at 0.51 per cent for one party, and at 0.48 per cent for another.

Market consolidation and fuel quality
The unspoken grey area of sulphur content may weaken smaller bunker players. John Ghio, deputy captain of Gibraltar Port, admits speculation of market consolidation. Tolson however begged to differ given the vague standards of fuels: “Once quality is assured, ships will start looking at price and overall logistics. So, we might see bunker ports in locations not considered before.” He adds this might include places like Brazil and Argentina clustered around a supply of low-sulphur crude.

Countries that might join the competition include China – which is enhancing its capacity to produce low sulphur fuel, or Sri Lanka, which might possibly be apt for the Middle-East VLSFO supply chain, outside the Gulf region. Tolson added it is also plausible lines will reshape calls around fuel cost and new pressures could mean some authorities making a concerted attempt to induce traffic – which has happened before.

“Vladivostok became a key containership calling point for many years during the last decade. It was not because Russia’s Far East suddenly saw huge container demand, but cargo owners were entitled to buy bunkers minus the export tax.” While that loophole has likely closed, there may be other price-cut offers to entice ship calls,” he noted.

Negotiating fuel quality issues at ports
Ambiguous fuel quality standards have resulted in numerous ports taking various precautionary measures. Ghio said bunker traders can only cooperate with various supply chain players to mitigate the market volatility. He stressed Gibraltar has avoided VLSFO availability issues, like a number of other ports. “It has seen some pressure on bunker barges. When 2019’s forecasted distillate dominance failed to materialise, bunker operators were forced to alter their segregation plans to take into account the unexpected rise in VLSFO demand,” Ghio recalled. Having witnessed numerous fuel quality issues at port, Ghio emphasised ports’ reputation can be implicated. This resulted in the ports’ onus to actively monitor fuel quality.

Collier said, “If there’s a supplier repeatedly selling off-specification fuel, the authorities may step in and take action; prompting a search for an alternative provider. It depends on the desire but working with the state on legislation towards a licensing arrangement will give a further level of control.”

Ghio disclosed some ports are taking their own measures to assess fuel quality. One of them is carrying out unannounced inspections as well as bunker cargo tests. A product analysis which fails to meet the bunker licence’s specifications will result in immediate action taken against the supplier, including the possibility of a stoppage of the bunker barge in question.

He adds these issues are taken into account for our consideration of renewal of the licence. Tolson cautioned. “There is supposed to be a requirement for a bunker supplier registry,” he says, noting that it is not quite as demanding as a licensing agreement. “Currently, I believe, it is a possibility that is largely overlooked”.

A bandwagon that cannot be ignored

Vessels sales and purchase picks up after freight market improves