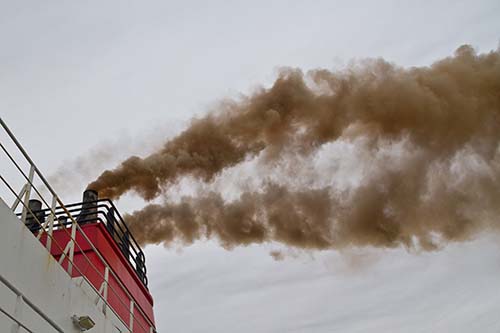 Reducing emissions is possible, but respect that it is a process

BP’s latest Statistical Review of World Energy revealed that Asia Pacific accounted for 52 per cent of global carbon dioxide (CO2) emissions in 2020. It added China alone contributed 59 per cent, while India accounted for 13.7 per cent.

Phasing out coal is a process
Delegates gathered at COP26 to discuss recommendations to address the climate crisis. One of the suggestions was phasing out fossil fuels, including coal, to cut CO2 emissions and limit global warming. A media reported 28 new countries joined the Powering Past Coal Alliance (PPCA) dedicated to phasing out coal. The PPCA is a coalition of national and sub-national governments, businesses, and organisations working to advance the transition from unabated coal power generation to clean energy. However, the world’s biggest coal burners (China and India) skipped, so did the major users and producers like Australia and Japan.

BP’s report added that 47.8 per cent of the energy consumed in Asia Pacific in 2020 were from coal. That percentage of consumption is the highest among geographic groups featured in the report, which included Africa, Europe, and North America. Essentially, it suggested that China and India were responsible for the intense emissions from Asia Pacific.

Gavin Thompson, Asia-Pacific Vice-Chairman from Wood Mackenzie pointed in a commentary last month, “The region’s move away from fossil fuels towards renewable sources has been too slow. Much of this stemmed from government policy. While net zero targets come thick and fast, virtually all lacked details on how these would be achieved. Without progress in policy, Asia’s future growth still looks too reliant on fossil fuels, particularly coal.”

Countries’ own climate goals do not deserved to be pinned on a wall of shame. Some economies have the means to facilitate quicker transitions, while others may not have such luxury. Indonesia, a top coal exporter aimed to meet 23 per cent of its energy needs with renewable sources by 2025 and reach net-zero carbon emissions by 2060.

Indonesia’s Finance Minister Sri Mulyani Indrawati, last commented in a CNBC’s Sustainable Future Forum held in October, “A combination of taxation and subsidies would be needed to help coal firms gradually transition to greener industries. We do not want to kill the business, we want it to be an affordable and just transition.”